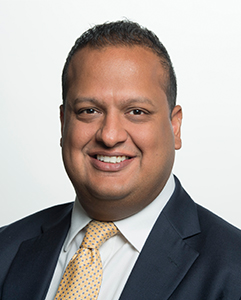 Amit has a strong commercial and chancery practice with a heavy emphasis on contentious insolvency (corporate insolvency, LLPs, partnerships and bankruptcy), commercial disputes, company law (including directors’ duties, shareholder disputes and unfair prejudice petitions), company directors’ disqualification proceedings and bank recovery proceedings (charges, mortgages, guarantees and indemnities). He has considerable experience of directors’ disqualification proceedings, having been appointed to the Attorney General’s CDDA provincial B Panel. He frequently represents the Secretary of State and directors.

Amit has a strong following of solicitors and lay clients that will always choose him for their work. He prides himself on giving clear and practical advice, quickly absorbing complicated instructions in order to give clear bite-sized advice whilst sharing the workload with his instructing solicitors. Amit is regarded as being user-friendly and accessible.

Amit appeared in the leading case of Fivestar Properties Limited [2015] EWHC 2782 (Ch.) in which the court considered the boomerang effect of restoration where a company is dissolved and the freehold of a property has been disclaimed by the Crown. Amit has also appeared in and advised on numerous claims concerning the effect of articles of association, shareholder disputes, unfair prejudice petitions, company restoration, late registration of charges and just and equitable winding up petitions.

Amit has been appointed Junior Counsel to the Crown (Midlands Panel) and has for the last 4 fours acted for the Secretary of State / Official Receiver. He also represents directors. He often advises on such claims, drafts correspondence and drafts evidence in disqualification claims and is very experienced in interim hearings and trials.

Amit is also regularly instructed to act for high street banks in litigation concerning guarantees/indemnities, securities, the recovery of assets the appointment of LPA receivers and registration of charges out of time.

Previously spoken at the R3 conference and the UK Insolvency Network conference.

Amit Gupta –Enterprise Chambers ‘Amit’s broad experience in a number of areas has proved useful for tackling challenging client matters. His knowledge in these areas is invaluable. He quickly achieves a client’s confidence and is prompt and efficient in dealing with his solicitor’s queries.’

Amit Gupta – Enterprise Chambers ‘Amit is very responsive and is very good with the clients.’