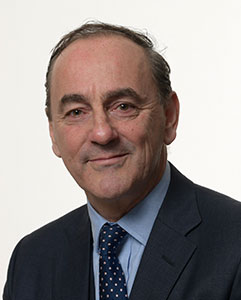 Stephen Davies KC is widely recognised as one of the most experienced litigators of issues relating to the law and practice of insolvency, also ranging into banking and finance and the disqualification of directors.

A standout silk who has published widely on insolvency law and practice. In addition to corporate and personal insolvency, he has a particular expertise in asset recovery and directors’ liability. He has extensive experience assisting trustees in bankruptcy and private individuals with complex, high-value claims surrounding personal insolvency.

A highly regarded KC whose banking practice is informed by his specialism in restructuring and insolvency. He has additional expertise in relation to allegations of the manipulation of financial benchmarks, and has appeared in high-profile cases concerning fraudulent Libor manipulation.

A perfect choice for banking and insolvency disputes. Sources commend his lengthy experience practising litigation and reveal his impressive reputation in the market. His expertise includes misrepresentation, breach of duty and Libor manipulation.

Stephen advises and acts for various stakeholders in litigation relating to all forms of the law and practice of insolvency, in respect of which he has appeared in over 100 reported cases. He has advised in relation to many high-profile insolvencies, including Lehmans, Madoff, AIB, Rangers FC, Carillion, Shlosberg, Maud, Asil Nadir and Wind Hellas.

In 2019 he has been instructed in cases relating to the artificial distressing of corporate customers by their bankers, Berkeley Applegate orders, negligence of insolvency professionals, sports insolvencies, the removal of insolvency office-holders and pursuing or defending a range of clawback claims.

During 2013 and 2014 Stephen was lead counsel acting for Graiseley Properties Limited in its test case in the Commercial Court (Mr Justice Flaux) against Barclays Bank plc alleging that the bank’s admitted manipulation of LIBOR submissions and also its knowledge of dishonest LIBOR submissions were grounds for rescinding swap transactions which used LIBOR as their reference rate.

The case involved disclosure of c200,000 documents relating to Barclays’ LIBOR submissions during the period of its admitted manipulations. After a series of contested case management conferences and a pre-trial review, the litigation settled shortly before trial in late April 2014.

Thereafter he has been instructed in numerous similar cases, in all of which a settlement has been achieved, including Criterion, Wall, Holgate, Rhino and Wingate. He is currently representing Ventra Properties Limited (In liquidation) against Bank of Scotland Plc, the trial of which is scheduled to start in January 2020.

He has been instructed in a significant number of high-profile disqualification applications that have led to early termination by withdrawal or settlement.

March 2009 to March 2010, he was the President of the Insolvency Lawyers’ Association.

Stephen Davies KC – Enterprise Chambers ‘Stephen is never afraid to take on a challenge, is excellent on his feet in court, and very robust in his advice. A very user friendly, very bright and articulate silk.’