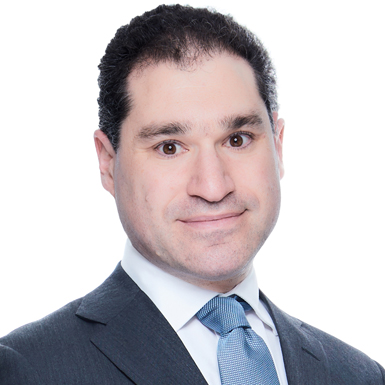 Jared Dann is a Group Partner in Appleby’s Jersey office and leads the Dispute Resolution team. He specialises in complex and high-value trust litigation, and in matters involving fraud and asset recovery. Jared also has experience of a range of contentious insolvency and restructuring matters, particularly where they involve multiple jurisdictions.

He was called to the Bar of England & Wales in 2007 (currently non-practising) and practised thereafter at the commercial and chancery Bar in London, before joining Appleby in October 2011.

He was admitted as an Advocate of the Royal Court of Jersey in December 2014.

Some recent examples of work include: acting for a Jersey incorporated hedge fund, managed in Hong Kong, in connection with a shareholder dispute initiated by way of a petition for unfair prejudice. The matter was subsequently settled on confidential term; acting for the Government of Mozambique in a successful claim to recover the proceeds of bribery from a Jersey trust fund, in which the Royal Court endorsed for the first time the principle in AG for Hong Kong v Reid to the effect that the proceeds of bribery are held on a constructive trust for the defrauded principal; acting for the beneficiaries in a successful application to remove a trust protector – the first reported decision in any jurisdiction in relation to the removal of a protector by reason of a breakdown in his relationship with the beneficiaries; acting the trustee of a Jersey trust in connection with an attack on the trusts in the context of English matrimonial proceedings; acting for the beneficiaries of two trusts in connection with a dispute over the validity of settlement of assets into trust, and acting for the trustee of a Jersey charitable trust in the latest stage of a long-running dispute as to its operation.

Appleby utilises its teams across offshore jurisdictions, including the Crown Dependencies team of which the Jersey group is a part of,  as well as Hong Kong and Shanghai, to offer a multi-jurisdictional disputes service spanning international commercial litigation, trust disputes, insolvency and restructuring work. Jared Dann heads the practice group, specialising in trust litigation and matters involving fraud and asset recovery. Fraser Robertson

is a commercial litigator, handling contentious trust, contractual disputes and professional negligence claims, while Niall MacDonald, who joined from Walkers in 2021, has a varied practice regarding trusts and high-value employment disputes. Senior associate Amy Benest is also noted for trust litigation.

Appleby has developed a strong Jersey trusts practice, well positioned to advise on multi-jurisdictional issues with input from the firm’s international office network. Taking the lead is David Dorgan, who is noted for private and commercial trusts and foundations, where he focuses on trust establishment and ongoing administration. Dorgan is ably supported by senior associate Paula Fry. Fraser Robertson

and Jared Dann are specialists in trust litigation.