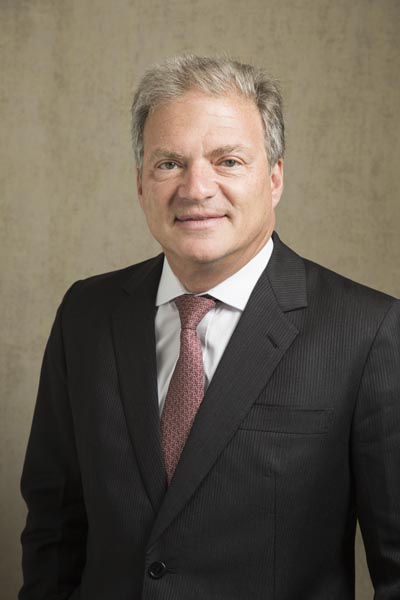 Almost 40 years of practice in litigation, as well as more than 20 years of practice in national and international arbitration. Has vast experience in complex dispute resolution, having worked on a multitude of the most important disputes in Brazil, related to matters such as commercial and corporate law, administrative law, corporate restructuring and bankruptcy, contracts, antitrust, insurance and reinsurance, family and successions, civil liability, election, environment and real estate. Represents clients from various sectors, including energy, infrastructure, oil and gas, construction, financial markets, mining, technology and telecommunications. Also acts as an arbitrator, included in the lists of Brazilian arbitral institutions.

Recommended Lawyer (“Vertrauen-sanwalt”) of the German General Consulate in Rio de Janeiro. Presided the work group created by the Rio de Janeiro State’s Public Attorney General to regulate the use of arbitration by the State of Rio de Janeiro (2017-2018).

Dispute resolution boutique Mannheimer, Perez E Lyra Advogados stands out for its strong capabilities across all types of litigation. Examples include its significant expertise in shareholders’ disputes, post-M&A conflicts and cases involving contractual issues. The firm acts for a diverse client roster, which includes heavyweights from the construction, infrastructure, private equity, oil and gas and financial services sectors. The highly regarded Sergio Mannheimer steers the Rio de Janeiro team on an array of litigation mandates. Tomaz Lyra is the main point of contact in São Paulo; he is adept in matters before state and superior courts. Civil and corporate litigation specialist Fernanda Aviz is another key practitioner, as is Marcela Levy.

Mannheimer, Perez E Lyra Advogados has a wealth of experience in the resolution of conflicts through arbitration, and is particularly well versed in international proceedings. The department often works alongside renowned foreign law firms in cross-border matters, and is predominantly retained by clients operating in the construction, infrastructure, financial services and energy sectors. Key areas of expertise include disputes arising from M&A transactions, shareholders’ agreements and major contracts; besides acting as counsel in arbitrations before prominent institutions, the department is also experienced in requests for the recognition of foreign arbitral awards. Sergio Mannheimer oversees the dispute resolution team based in Rio de Janeiro; he has a growing practice as an arbitrator in high-value disputes before the ICC and other arbitral chambers. Tomaz Tavares de Lyra leads the team in São Paulo and is highly regarded. Marcela Levy and Fernanda Aviz, who handle arbitration proceedings as well as civil and corporate litigation, are also part of the core team.