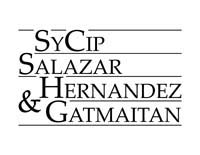 Jan Celine C. Abaño-Ranada is a partner in SyCip Salazar Hernandez & Gatmaitan. She is a member of the firm’s Special Projects and Banking, Finance and Securities groups. Her areas of practice include project financing, mergers, acquisitions, privatization, energy and infrastructure.

Ms. Ranada has advised several banks that have extended financing to companies, including those engaged in the development of power plants and hotels and casinos. She has also participated in various capacities in mergers and acquisitions involving banking institutions, public utilities, manufacturing, communications and retail companies.

Her significant projects include:

Ms. Ranada was admitted to the Philippine Bar in 2006.