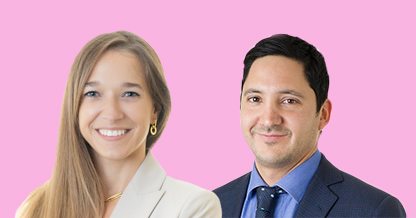 Join AUV and The Legal 500 in this international webinar that will analyse the possibilities that Chile offers as a Latin American hub for international startups and fintechs.

The event will explore the reasons that have led the country to become internationally renowned in the development of financial startups, as well as the promising future that lies ahead with the Fintech Bill that is being discussed in Congress.

The webinar will feature the presentation of legal experts from AUV and dLocal, Uruguay’s first unicorn. They will present key aspects such as startups’ softlanding, financial inclusion, open banking and regulation. On this last point, the legal director of the CMF will shed light on the advantages that Chile offers for fintech companies, and what these companies should expect in order to successfully operate in Chile. 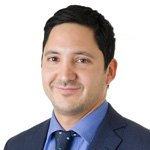 Matías is a partner at AUV, and leader of the venture capital and fintech practices at AUV, one of the most renowned legal firms in this area in Chile.

His work includes assisting entrepreneurs with corporate restructuring for financing and with the negotiation of financing rounds and exits. He is also experienced in advising investment funds through specialised, start-up-related due diligence work and investment document negotiations with a range of clients throughout Latin America, the United States and Europe.

He has successfully counselled companies in venture capital, technology, finance, IT, agribusiness, and e-commerce, and other sectors.

Matías has spent his whole career in the venture capital scene in Santiago, Chile. He specialises in a wide variety of corporate, financial, and tax matters, particularly with startups. Currently, he is an adviser to the venture capital fund Magma Partners and a judge and adviser to Start Up Chile, one of the most recognised public accelerators of startups and companies worldwide.

Matías is a lawyer from the Pontificia Universidad Católica de Chile and is certified in Venture Capital by the Haas Berkeley School of Business, University of California. 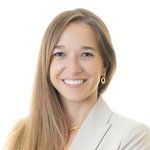 She previously worked as a senior corporate lawyer at Banco Itaú (2013-2019) where she actively participated in the merger with Banco Corpbanca. She also led the corporate governance area and served as secretary of the audit committee and various subsidiaries of the bank, reporting directly to the general counsel. Prior to joining our firm, she worked as an associate lawyer at Sterlington LLP, New York. 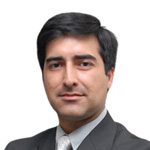 Chief Legal Officer, Financial Market Commission of Chile (CMF)
José Antonio is one of the leaders at CMF, a public institution of a technical nature whose main objectives include safeguarding the correct functioning, development, and stability of the Chilean financial market, facilitating the participation of market agents, and promoting the protection of public trust.

The institution maintains a general, systemic vision of the market which considers the interests of investors, depositors, and policyholders, as well as protecting the public interest. The CMF is responsible for ensuring that supervised persons or entities comply with laws, regulations, bylaws, and other provisions that govern them from their inception up to their liquidation. To this end, it has the authority to exercise the broadest supervision over all their operations.

Mr Gaspar joined the Commission in 2014 as securities prosecutor of the former Superintendency of Securities and Insurance (the current Financial Market Commission). He headed the CMF’s legal area starting in 2017 and held the position until being appointed as the institution’s general legal director in March 2021. Prior to joining the Commission, he was a partner at the Noguera, Larraín & Dulanto law firm, as well as an international associate at Simpson, Thacher & Bartlett, New York.

José Antonio has a masters in law from the Columbia Law School (New York, United States), and is a lawyer from the Pontificia Universidad Católica de Chile, where he is currently a professor. He has also authored several articles in his field of expertise. 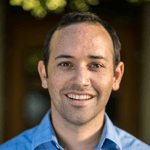 Country Manager Chile, Central America & the Caribbean at dLocal
Matías is regional manager at dLocal, a global payments platform that enables merchants to reach billions of emerging market consumers in 30 countries in Africa, Asia, Latin America and the Middle East. dLocal is the first ‘unicorn’ in Uruguay, the country where the startup was born.

Prior to dLocal, he worked in the administration and management of companies such as Transbank, FASA and Nielsen. In 2012, he founded the online loan platform BenchBanking and the marketing consultancy IVYCORP.

Matías has dedicated the past five years of his career to high impact technology entrepreneurships in Chile and the Latin American/Santiago region. During his career, he has obtained various awards and investments in his ventures, such as funds from the international programme Start-up Chile, Wayra from Telefónica, and Corfo.

He holds a business degree and MBA from the Pontificia Universidad Católica de Chile.