In 2018, the Foreign Investment Risk Review Modernization Act of 2018 (FIRRMA) expanded the jurisdiction of the Committee on Foreign Investment into the United States (CFIUS), and effectively made it much more difficult for Chinese businesses to invest in the US. In particular, restrictions on investments into US technology companies have had a devastating effect on capital outflows from China to the US. As a result, 2018 saw Chinese investment in US businesses fall by 94.6% compared with its record high of $55.3bn in 2016, with Chinese firms switching to European, and to a lesser extent, Southeast Asian markets as targets for investment opportunities.

The US-China trade war has led to investor uncertainty in the Greater China region. The Chinese manufacturing sector has been hit particularly hard, especially companies that export to the US. Some firms are looking to relocate to cheaper manufacturing hubs elsewhere in Asia. This includes foreign businesses that are beginning to move back to their home bases or reshoring into other countries, such as Vietnam, Taiwan, and Thailand.

In summer 2019, Hong Kong was rocked by protests which began with marches against a proposed extradition treaty with China and blossomed into calls for greater democratic freedoms and an inquiry into police brutality. In August, most law firms reported that these demonstrations had not yet affected the legal market. However, some firms partially attributed a slowdown in investor confidence to the protest movement and speculated that if it continued, the Hong Kong market might not appear to the outside world to be as safe and stable as it once was. Some firms even speculated that Singapore could be an attractive alternative gateway to Asian markets for nervous investors.

The pressures of CFIUS, the trade war, and the protest movement have contributed to a slowdown in investment in the Hong Kong market overall, and a lull in IPOs. The knock-on effect for the legal industry has been a relative slowdown in instructions when compared with recent years.

In other recent news, Steptoe & Johnson LLP has announced the expansion of its cross-border investigations, compliance, and enforcement practice in Asia with the arrival of Wendy Wysong from Clifford Chance; she will spearhead the launch of her new firm's Hong Kong office. 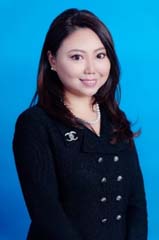