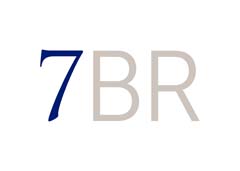 Vanessa Marshall QC has a unique practice consisting of both criminal and civil jurisdictions, which means she can offer the skills and experience gained as a criminal advocate but also the discipline and detail that civil paperwork brings.

Prior to taking Silk in 2018 Vanessa was regularly ranked in Legal 500 as a leading junior in Crime.

Her practice in crime is split between prosecuting and defending and she is well known as a specialist in rape matters and other difficult, complex sexual offences including historic allegations and those involving child witnesses. Vanessa possesses fine attention to detail and a strong work ethic, which combined with her relentless tenacity (particularly involving issues of disclosure) and effectiveness as a jury advocate, make her the obvious choice whether prosecuting or defending. It is testament to this that within a week of taking Silk, she was instructed in the only two murders in the East Midlands by both the defence and prosecution involving stabbing by young defendants. In short, she always goes the extra mile and leaves no stone unturned, consistently achieving acquittals when defending ‘hopeless’ cases and regularly secures convictions in ‘difficult’ prosecution cases.

She also deals with manslaughters, attempted murders and murder, robbery and serious violence, modern slavery, high value drugs matters. She had extensive experience being led in multi-handed murder inquiries for both prosecution and defence, including acting as the prosecution Junior on the Hilda Murrell investigation, where her pre-trial work involved heading up a police team reviewing 100,000 documents for the purposes of disclosure and PII hearings.

Her background as a Registered General Nurse at a London teaching hospital means that she is a first- choice candidate for criminal cases concerning complex medical issues and causation, such as baby shaking cases. She also defends GPs accused of sexual offences against patients in the Crown Court, for the medical defence organisations.

In 2009-10, she was Counsel to the Airedale Inquiry, calling and cross-examining hospital managers, doctors and nurses into the management and practices of Night Nurse Practitioners at Airedale NHS Trust, concerning nurse prescribing and IV administration of opiates, following a stayed murder prosecution against a senior NNP. It was through her meticulous analysis of the voluminous amount of documentation that she discovered a file that had been missed by the prosecution team, which wholly exculpated the NNP from any wrong-doing.

In relation to her civil practice Vanessa acts predominantly for claimants in inquests and clinical negligence and over the years has accrued a vast amount of experience representing patients both at trial and in mediations, concerning complicated medical and legal issues.

Called 1994, Gray’s Inn. Member of 7 Bedford Row from pupillage to the present day.

7BR is a London based set with a long-running connection to the Midland circuit. Prior to his December 2022 appointment to the circuit bench, James House KC (as was) secured murder and manslaughter convictions for four defendants from London accused of murdering a homeowner from Northampton after a robbery attempt. Adrian Langdale KC successfully led the prosecution of an internet based sexual abuser, who targeted thousands of victims worldwide. Vanessa Marshall KC has appeared in several complex murder trials and recently successfully prosecuted a 6-week multi-defendant murder trial.

Vanessa Marshall KC – 7BR ‘Vanessa has excellent advocacy skills and an engaging manner with the jury.’