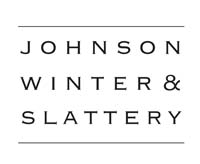 He has wide ranging experience advising clients across many sectors including the banking and finance, investment funds, media, education and government sectors.

Sam has conducted large-scale, complex litigation and mediations across various jurisdictions and has acted on a number of high profile and contentious insolvency matters. He is a Professional Member of the Australian Restructuring Insolvency & Turnaround Association and advises insolvency practitioners in their capacity as voluntary administrators, deed administrators, receivers and liquidators in relation to all aspects of their administration. Sam also has extensive experience advising both print and television media in relation to defamation, legislative restrictions on publication, copyright and trade practices issues.

Prior to joining JWS in 2006 Sam studied at the University of Cambridge where he received a Masters of Laws degree and was awarded the Clifford Chance C.J. Hamson Prize for Comparative Law. He then worked for three years in London as a solicitor in the Financial Restructuring group of a United States law firm, Cadwalader Wickersham & Taft.