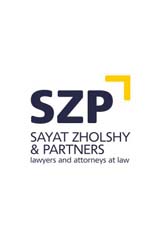 Aidos Kussainov is an Of Counsel. He supervises all projects on obtaining and maintenance of foreign employment permits.  He supports and represents clients in their relations with government authorities, including the issuance of licenses for various types of activities, permits and opinions.  He represented a number of major oil and service companies in connection with numerous audits conducted by government authorities.

Aidos joined Sayat Zholshy & Partners in December 2001.  In 2005, he was promoted to Senior Associate and, in September 2015, to Of Counsel.

Lodz University in Poland, Faculty of Law and Administration, Master of Administrative Law, 2001.