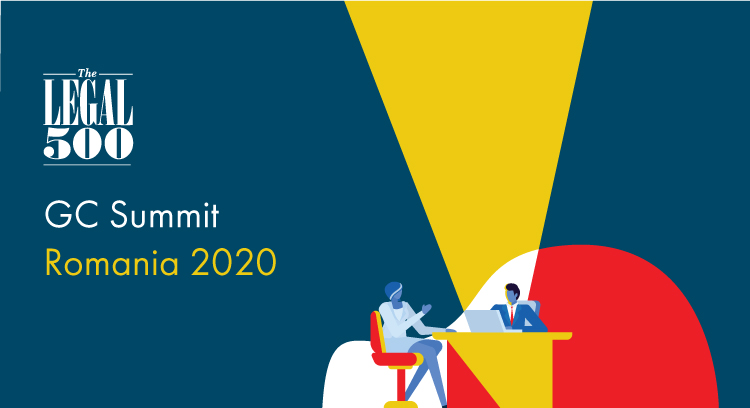 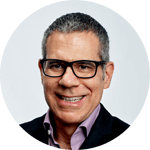 Perry Zizzi has nearly a quarter century of experience practicing law and living in various jurisdictions, including New York, London, Paris, Bucharest, Prague and Kyiv. He began his career at Debevoise & Plimpton, advising on M&A and acquisition finance in the United States, Latin America and Europe. He continued his practice at Skadden Arps in France and ultimately moved to Romania in 2003, where he has also been a partner at Clifford Chance. Perry has advised on numerous cross-border M&A transactions in various sectors, including real estate, food service, gaming, logistics, energy and agriculture. He has served several terms on the Board of Directors of the Romania Green Building Council, the ASEBUSS Advisory Board and the Verita International School Advisory Board. He received a JD from Columbia University School of Law and BA from Georgetown University, and served as volunteer with the US Peace Corps in the Republic of Palau. 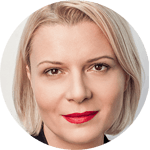 Gabriela Popescu is legal director of Microsoft, having accumulated 25 years of experience in local and international law, with several multinational companies.

Gabriela adopts a business tailored approach in her advice and acts as a support for her business clients. Her role is uniquely structured, as it gives the opportunity to partner very close to business and customers and to break the local paradigms and barriers in the market.

Gabriela is a graduate of the Faculty of Law, Bucharest University and holds an MBA Degree from the Institute for Business and Public Administration at the University of Washington, Seattle, USA. She was recognized as one of the strongest counsels in the local market, being included in The Legal 500 GC Powerlist for Central and Eastern Europe in 2017 and 2019 editions. 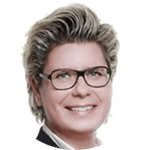 Gudrun Stangl is partner and chief operating officer with Schoenherr Vienna. Prior to her appointment as COO in May 2013, Gudrun acted as managing partner of Schoenherr’s Bratislava office for 3 years. With more than 12 years of experience as lawyer, she is a specialist in international mergers & acquisitions and corporate finance transactions with a focus on Central and Eastern Europe. Since 2018 Gudrun is acting Board Member of the Legal Tech Hub Vienna and Legal Tech Hub Europe – an initiative of Austrian law firms and cooperation partners across Europe, that focuses on the advancement of legal tech solutions by accelerating start-ups and SMEs in the development of their business model. to help build their business. Gudrun speaks frequently at conferences regarding innovation in the legal sector across Central and Eastern Europe. 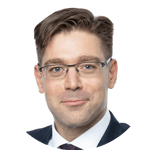 Matei Florea is a partner at Schoenherr and head of the firm’s CEE-wide banking & finance and capital markets practice group. Matei is a recognised banking & finance lawyer in Romania and in the CEE region, where he has assisted on major bank consolidation projects, debt restructuring/insolvency matters and project finance. He advises on the full range of bank regulatory aspects, as well as on fintech matters and the development of new products in the financial services sector. Matei also runs the Schoenherr Bucharest practice group specialising in projects, concessions/PPP and public procurement. 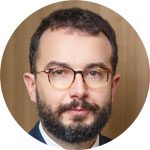 Cornel Popa is a Partner at Tuca Zbârcea & Asociatii. Cornel combines top technical skills with commercial acumen to deal with complex and diverse matters. His multi-disciplinary approach covers large domestic and international joint-ventures, mergers, acquisitions and privatization projects, as well as dispute resolution. During the past few years, Cornel Popa has advised on the legal implications of artificial intelligence and cloud computing, being a regular speaker and a writer on such topics.

Tuca Zbârcea & Asociatii is one of the leading law firms in Romania and in its region, both in terms of the high-quality services it provides to its clients and the magnitude of the projects the firm has been involved in during recent years. The firm boasts a talented team of more than 110 lawyers in its Bucharest office. It also operates a secondary office in Cluj-Napoca (one of the most important cities in Romania), and has excellent national coverage based on correspondent law offices in major cities, including Iasi, Timisoara, Constanta etc. The firm employs a multidisciplinary approach to the legal practice including dedicated specialised divisions, such as Tuca Zbârcea & Asociatii Tax S.R.L.

Schoenherr is a leading full-service law firm providing local and international companies stellar advice that is straight to the point. With 15 offices and 4 country desks Schoenherr has a firm footprint in Central and Eastern Europe.* Our lawyers are recognised leaders in their specialised areas and have a track record of getting deals done with a can-do, solution-oriented approach. Quality, flexibility, innovation and practical problem-solving in complex commercial mandates are at the core of our philosophy.

Driven to provide clients a competitive edge, and connected to the communities where its clients want to do business, Dentons knows that understanding local cultures is crucial to successfully completing a deal, resolving a dispute or solving a business challenge.