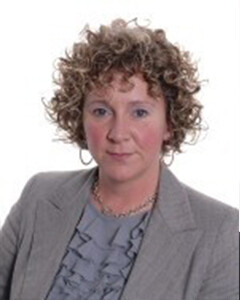 Jane Novas-Morell is a solicitor with over 25 years experience in the field of criminal law. She joined the firm as a consultant in 2018, having previously been a director at another well known criminal law firm for almost 17 years.

Jane is known for her very approachable manner, whilst vigorously representing clients’ interests. She is also an excellent Court Advocate. Many of the clients that instruct Jane have been represented by her for many, many years.

Although Jane has higher court rights to appear before the Crown Court, her area of specialisation is police station & Magistrates’ Court representation, although if a client’s case proceeds to the Crown Court she undertakes the preparation on that case with the instructed barrister, so will see the case right through from initial arrest to its conclusion.

Jane has advised and represented clients charged with a range of offences, including murder, large scale fraud, drug trafficking and serious sexual offences.

Jane undertakes work on a privately funded basis and through the legal aid scheme.

Trained with renowned criminal law firm Garstang’s, qualified 1996. Joined Maidments solicitors 1997 and became a partner in 1999. Joined Olliers as a consultant solicitor in 2018.