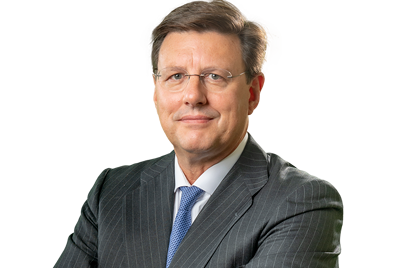 Carlos is the head of the corporate and commercial group of Uría Menéndez. He began his career in Uría Menéndez in 1989. Between 1995 and 1996 he was an international associate at Simpson Thacher & Bartlett LLP in New York. He was head partner of the firm’s New York office for three years, after which he returned to the Madrid office.

The ‘very meticulous team’ at Uría Menéndez handles all manner of banking and finance matters for clients, including cross-border work throughout Europe. The firm also has a noted presence in Latin America. Its strengths in large debt restructurings and divestments of financial assets have been put to good use recently, including advice to a host of banks as the lenders in Abengoa’s debt restructuring, led by Sebastián Sáenz De Santa María. Practice head Ángel Pérez López focuses on corporate, acquisition and project finance, while other key figures in the department include Carlos de Cárdenas Smith

, who also heads the corporate and commercial team and has experience in the US, and the ‘exceptional‘ Ramiro Rivera, a go-to name for multi-jurisdictional transactions.