1 Hare Court is an ‘extremely strong family set’ with ‘real depth of expertise at every level’ and a particular emphasis on matrimonial and civil partnership finance. Nigel Dyer KC appeared in the Court of Appeal, for the wife, in Derhalli v Derhalli, a claim by her ex-husband for damages for trespass, which was alleged to have been committed by her presence in the former matrimonial home while it was on the market for her sale. 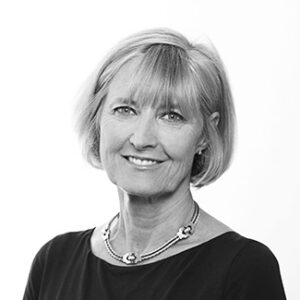 Deborah Bangay KC –1 Hare Court ‘Deborah is the go-to choice for financial remedy work. Her advice is straight from the shoulder and always spot on. She unfailingly is on the money in terms of predicting outcomes. Her advocacy is charming yet direct and fierce. She is quick-witted and entertaining, both in and out of court, and she is quite simply brilliant at what she does.’
Ranked: Tier 1 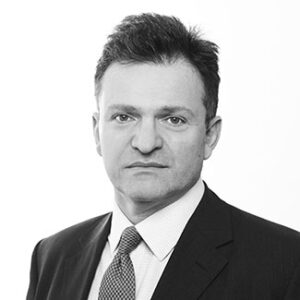 Nicholas Cusworth KC –1 Hare Court ‘Nicholas is approachable but incredibly intelligent and numerate. He's great at cross-examination and excellent on his feet. He has good client skills and is a first class advocate.’
Ranked: Tier 1 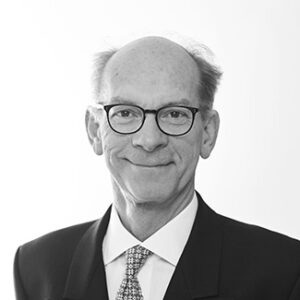 Nigel Dyer KC –1 Hare Court ‘Nigel is amongst the best at the family bar. He is meticulous in his preparation, never runs bad points and always has the ear of the courts up to the very highest level. He is always top of the list as a private FDR judge because his judgment and ability to find a solution is second to none.’
Ranked: Tier 1 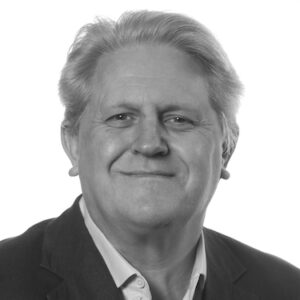 Timothy Bishop KC –1 Hare Court ‘Timothy is the most natural advocate. He is eloquent, measured and effortlessly persuasive and always has the respect and ear of the tribunal, which is invaluable. He is one of the very best counsel at strategy and planning a case. As a tactician, he is unparalleled.’
Ranked: Tier 3

Justin Warshaw KC –1 Hare Court ‘Justin is one of the best minds at the family bar, his real strength in his totally fearless approach to hard litigated cases. He is very tough and extremely articulate.'
Ranked: Tier 3 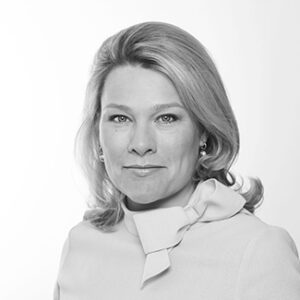 Rebecca Carew-Pole KC –1 Hare Court ‘Rebecca is a terrific KC. She has a fantastic client manner and she is excellent to work alongside in complex financial cases. She has a very accomplished courtroom manner.’
Ranked: Tier 4

Simon Webster KC –1 Hare Court ‘Simon is extremely persuasive and very polished advocate. He gives sound realistic advice at an early stage and is settlement minded. He has a great attention to detail although always looks at the wider picture.’
Ranked: Tier 4 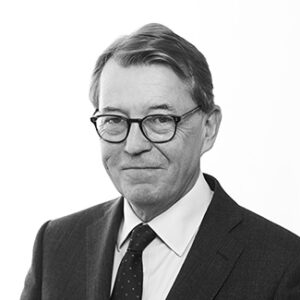 John Wilson KC - 1 Hare Court 'John is excellent. He is able to explain in an understandable manner complex financial issues together with matters relating to "family issues".'
Ranked: Tier 4 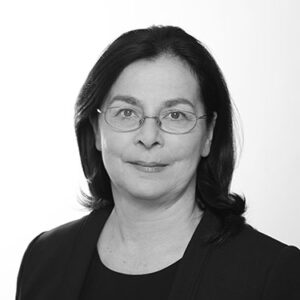 Ann Hussey KC –1 Hare Court ‘Ann is always meticulously prepared and a provides creative solutions to complex issues. Her advocacy skills are a mater class in how to present a case effectively, and she is the unrivalled queen of cross-examinations.’
Ranked: Tier 4

Stephen Trowell KC –1 Hare Court ‘Stephen has calm demeanour and open to collaborate on ideas for the case.’
Ranked: Tier 4 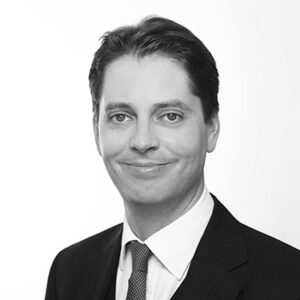 Nicholas Yates KC –1 Hare Court ‘Nicholas is very bright, particularly articulate in consultation and in court. His advocacy is second to none. His measured and calm approach inspire confidence in solicitor and lay-client alike. He is approachable and available and could not be any better in any way.’
Ranked: Tier 4 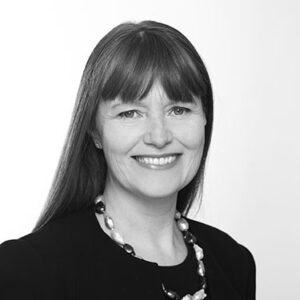 Nichola Gray KC –1 Hare Court ‘Nichola is very passionate about her work which shines through to the client, making them feel very confident someone is fighting their corner. She is incredibly hard working, very thorough with the case details. She has focused and persuasive advocacy.’ 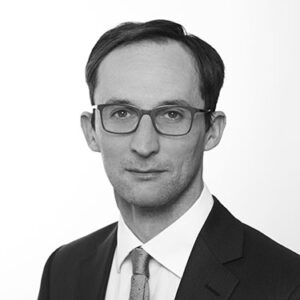 Richard Sear –1 Hare Court ‘Richard is very articulate, clever and reads the judges well. He is hard-working, liked by both clients and instructing solicitors.’
Ranked: Tier 1 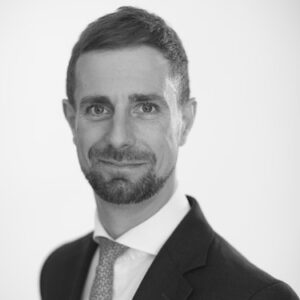 Phillip Blatchly –1 Hare Court ‘Phillip is very polished and has a wonderful bedside manner. He is organised, always impeccably prepared and is not afraid of giving client difficult advice.’
Ranked: Tier 3 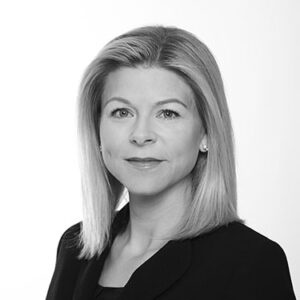 Emma Sumner –1 Hare Court ‘Emma is an exceptional all rounder. She is excellent with clients and immediately gains their trust and respect. She is supremely diligent in her preparation and will always have read everything and understood every detail and she is a persuasive advocate. She demonstrates all of these qualities and really deserves her recognition as one of the very best senior juniors.’
Ranked: Tier 3 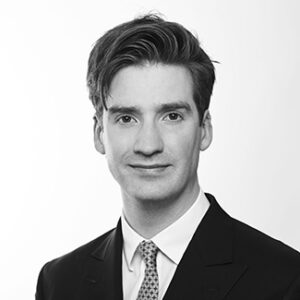 Joshua William Viney –1 Hare Court ‘Joshua is quite simply an excellent barrister. He is tenacious and robust in court, but empathetic with clients who appreciate the diligence he brings to their case. He has great strategic foresight, whilst remaining commercial. He is an outstanding junior, who consistently delivers.’
Ranked: Tier 3 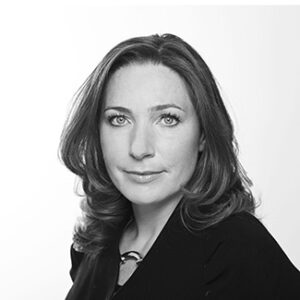 Jude Allen –1 Hare Court ‘Jude is very straight talking and do not shy away from telling a client things they may not want to hear. She is good at gaining a clients trust and gets to grips with the clients case quickly. She gives a clear indication and commentary around it which is helpful to the clients and definitely assist with reaching a settlement.’
Ranked: Tier 4 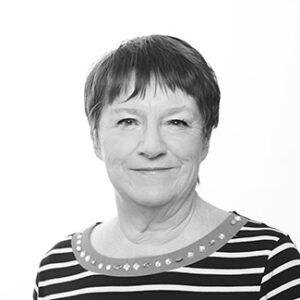 Kyra Cornwall –1 Hare Court ‘Kyra is a patient and firm advocate who handles emotionally and practically complex cases with ferocity and empathy. She is a strong team player, approachable and intelligent.’
Ranked: Tier 4 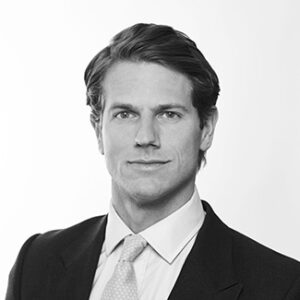 Nicholas Wilkinson –1 Hare Court ‘Nicolas is a diligent and hardworking junior who offered significant assistance in trial preparation and drafting litigation documents, which requires numerous interim applications dealing with a number of different aspects of the law.’
Ranked: Tier 4 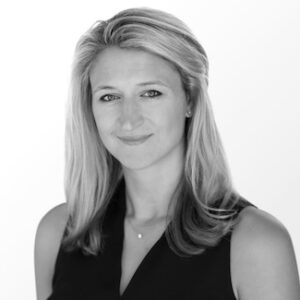 Katherine Cook - 1 Hare Court 'Katherine is superbly organized, has a razor sharp brain and is a brilliant advocate. She provides clear and robust advice and has excellent client skills.'
Ranked: Tier 4

‘1HC is an outstanding set. Their annual seminar is second to none in the family law world, and their barristers are of an exceptionally high quality.’

‘1 Hare Court is a great chambers.’

‘1 Hare Court is a good set which provides excellent training throughout the year.’

‘The set is the strongest set across the board for divorce and finance work.’

‘1 Hare Court is an excellent set of chambers offering strength and depth in matrimonial finance.’

‘1 Hare Court has real strength in depth, from KC down to the most junior tenants. They are all universally approachable and accessible.’

The outstanding specialist family law set (The Legal 500). Chambers prides itself on having been the family law market leader in every legal guide for every year since those guides were first published. It is a position earned and retained by an unrivalled expertise in relationship generated disputes. A large proportion of the specialist matrimonial money silks in England and Wales are at 1 Hare Court. They have an array of talent at every level among the juniors. The annual Chambers Seminar is an important fixture in the family law year which all the top professionals attend, providing up-to-date analysis of the law from the sets expert barristers.

Members write or contribute to the leading text books and leading periodicals. It is the home of the leading practitioners work Rayden & Jackson. Chambers now numbers 12 silks, 31 juniors and an 11 strong clerks team.

Types of work undertaken: Chambers provides cutting edge expertise at every level. Recent important Supreme Court private family law cases have been dominated by members of chambers; whether in international divorce (where Nigel Dyer KC and Eleanor Harris were for the successful Mrs Agbaje), the nine Justice Supreme Court decision in Radmacher v Granatino (where Richard Todd KC and Geoffrey Kingscote were pitted against fellow member of chambers, Nicholas Mostyn KC) or before seven Justices in the case of Petrodel v Prest (where Richard Todd KC and Stephen Trowell acted for Mrs Prest). Martin Pointer KC was also recently in the cases of Sharland and Vince v Wyatt in the Supreme Court. Martin Pointer KC and Nigel Dyer KC have also been involved in cases in the Privy Council and Tim Bishop KC and Nicholas Cusworth KC have just been against each other in Work v Gray, a case concerning special contribution.

Members of chambers have had an active part as advocates in all the most celebrated divorce cases of recent years: White, Cowan, Lambert, Miller, McFarlane, Charman and McCartney. 85% of the hundreds of reported cases referred to in At a Glance have had involvement by members of chambers. Obviously the higher court cases attract greater publicity but chambers maintains a strong representation at every level of litigation and, increasingly alternative dispute resolution.

The majority of chambers’ work takes the form of resolving disputes on divorce, both financial and regarding arrangements for children. The breakdown of civil partnerships or property disputes arising from unmarried parties cohabitation also represents an important part of chambers’ work. Hare Court has an excellent reputation in drafting nuptial agreements. 1 Hare Court also deals with a large number of international jurisdiction disputes and members of chambers have acted in many of the leading authorities in this field.

In addition to traditional court work, Chambers has a strong offering in private dispute resolution services. 1 Hare Court offers private mediation services through a large and expert team of specialist barrister-mediators. Chambers has been at the forefront of the new family arbitration movement and has the largest number of family law arbitrators under one roof. Senior members of chambers regularly act as evaluators in private FDR hearings, and some members are also associates of collaborative law pods.

Chambers also has an impressive international presence with its members providing representation or expert evidence in many other jurisdictions. In the last ten years members of chambers have acted in 30 foreign jurisdictions. In recent years members of chambers have been found advocating in cases as geographically far apart as the Cayman Islands and Hong Kong.

Members are supported by a highly efficient clerks room run under the supervision of Steve McCrone. They won the Clerks Team of the Year award in 2015.