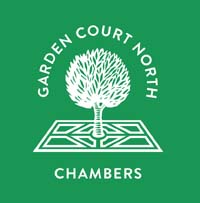 Elizabeth is ranked as a rising star in the 2021 edition of the Legal 500 in both immigration and social housing.

Elizabeth’s practice focuses on immigration and housing, and her particular interest in vulnerable clients is seeing her develop a growing Court of Protection practice. She appears regularly in human rights and asylum appeals in the First Tier and Upper Tribunals of the Immigration and Asylum Chamber and in possession, injunction, committal, unlawful eviction, and disrepair claims. She has acted for clients with serious mental health problems including PTSD and personality disorders, and regularly works with clients with serious drug and alcohol problems. Her work includes judicial review. Elizabeth also accepts instructions on international human rights law and international humanitarian law.

Having worked in human rights since 1998, Elizabeth was called to the Bar in 2015. Prior to being called to the Bar Elizabeth worked for Amnesty International in research, policy and management roles. Her work took her to Yemen, Iraq, and the Philippines where she interviewed many people, in highly stressful circumstances, about their experiences of human rights abuse, persecution, and conflict. She also developed guidelines on gathering information from vulnerable individuals, including victims of torture and children. This experience informs both her interaction with clients and her advocacy on their behalf. Her move to the Bar was driven by a desire to apply her skills and knowledge to securing concrete change for individuals.

After working at Amnesty International, Elizabeth moved into research and advisory work working for think tanks, NGOs, and universities. This work focused on using human rights law, including the Human Rights Act 1998, to combat poverty and inequality. She has published in leading academic journals, provided training on the effective use of international law in human rights research and campaigning, and participated in various expert meetings and seminars.

She became a tenant at Garden Court North Chambers in 2016 after completing pupillage under the supervision of Ben McCormack.

Garden Court North Chambers is an ‘excellent set‘ for social housing cases. Joseph Markus is a ‘very knowledgeable barrister‘ and has a strong focus on immigration, housing and community care law. Elizabeth Mottershaw has a broad range of expertise and acts in possession, injunction and committal proceedings, unlawful eviction and disrepair cases, often acting for vulnerable clients. Former solicitors, James Stark and Gary Willock are recommended, as is Sonia Birdee who represents tenants in a wide variety of homelessness cases.

Elizabeth Mottershaw – Garden Court North Chambers ‘ Always approachable and makes it a joy to work with her. Never any issues with not complying with deadlines. Extremely methodical and always makes forceful submissions to court. ’