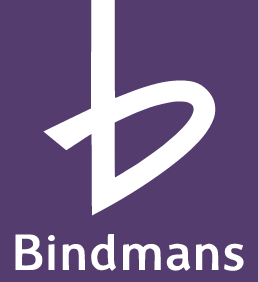 Partner and Head of Public Law and Human Rights department.

John Halford is a public law specialist. As a litigator, he has focused on judicial review work since 1993, challenging the unfair exercise and abuse of power by public authorities, human rights breaches and discrimination.

John represents individuals, campaign and action groups, unions, charities, schools, professional associations and regulators, arts organisations and commercial companies – not only as judicial review claimants but also as interested parties and interveners in cases brought by others that affect their interests, or those of people they represent.

He has had a number of notable successes in high profile test cases in the Court of Appeal, the House of Lords and the UK Supreme Court, most recently in the Article 50 litigation, where he represented a group of interested parties. He has European Court of Human Rights experience at Grand Chamber level.

John began work as a lawyer in the voluntary sector, ultimately as a solicitor at the Public Law Project. He joined Bindmans LLP in 2003.

John studied the LLB at Essex University and has an MA in Law from Southampton University.

Acting on a range of cases across all levels, Bindmans LLP is known for the ‘strength and depth of the team’s experience across, for example, public inquiries, judicial reviews, inquests and civil actions against the police and other state bodies’. Known as the ‘go-to experts for public law challenges to the police‘, the firm is at the forefront of right to protest and free speech matters. The practice is also well regarded for its expertise in inquests and immigration work, as well as its recent activity in issues related to Covid-19. International work is another strength, and the group is particularly experienced in the extradition arena, as well as handling applications to the European Court in relation to human rights breaches in Europe and elsewhere. Jules Carey

is known for advising on policing abuses, police surveillance and actions in private and public law against the state. He co-leads the team with John Halford, Jamie Potter

, who has a particular interest in representing vulnerable or marginalised individuals.

is also recommended for healthcare litigation.

Bindmans LLP was recently involved in numerous major cases, touching on issues concerning immigration, the rights of EU nationals and the pandemic, among others. In a standout matter, the team represented five clients, including the Good Law Project, in proceedings against the government challenging its approval and financing of a mass national testing programme expected to cost over £100bn, against the advice of its own body on national screening programmes. John Halford specialises in litigation involving human rights abuses and discrimination issues, representing individuals, campaign groups and a wide range of other public sector clients. The ‘utterly brilliant’ Jamie Potter is an expert in all areas of public law and has particular expertise in judicial reviews. Associate Salima Budhani is singled out for her work on behalf of vulnerable people, including migrants and victims of human trafficking, bringing claims against the government. Fellow associate Karen May

stands out for her expertise in judicial reviews focusing on education law and community care issues.