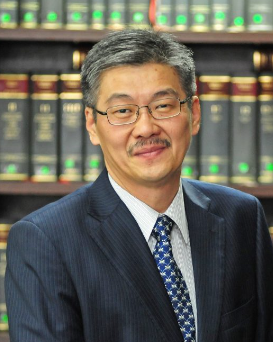 Michael Soo is the current Managing Partner of the firm and heads the Intellectual Property and Information Technology & Licensing departments.
He has practised exclusively in all areas of IP law, with emphasis on enforcement and civil litigation, for over 35 years. He has appeared as lead counsel or co-counsel in a number of infringement and/or passing-off actions before the High Court, Court of Appeal and Federal Court (formerly known as Supreme Court).

In addition to advisory and litigation work in all areas of intellectual property law, he has initiated, conducted and concluded settlement negotiations involving intellectual property rights leading to amicable resolution of disputes before litigation as well as cases pending before the courts. He has on many occasions been asked by potential litigants or their legal counsel in cases where he was not representing either party to give a non-binding opinions, as an informal guideline or basis for settlement negotiations.

He appeared as lead counsel in a trial involving alleged copyright infringement of several well-known brands of software before the Kuching Sessions Court pursuant to an ad hoc licence granted by the Rt Honourable Chief Judge of the High Court of Sabah and Sarawak. The trial was probably one of the few fully contested infringement actions involving software instituted in Malaysia in recent years. The alleged offender was one of the largest civil engineering firms in Malaysia. The Court acquitted the alleged offender of all the charges. The Public Prosecutor’s appeal was dismissed by the appeal courts.

Michael has presented papers on intellectual property law in seminars and conferences organised by the Bar Council of Malaysia, and at several international, regional and local conferences including the 12th Commonwealth Law Association Conference and several seminars and conferences organised by World Intellectual Property Organization (“WIPO”). He lectured on copyright and design law for the Patent Agent Examination since its inception in 1997, and on intellectual property law at the Institute of Judicial and Legal Training (ILKAP), of the Prime Minister’s Department, Malaysia. Michael also regularly contributes articles and updates on IP in leading magazines.

Michael Soo was admitted to the Malaysian Bar in 1985. He joined the firm in 1993 as a partner. Michael was the past president of the Malaysia Intellectual Property Association (“MIPA”), and is currently the president of Asian Patent Attorneys Association, Malaysia Country Group, and a councilor of Asian Patent Attorneys Association (“APAA”). He was a member of the Copyright Law Review Ad-hoc Committee, under the Attorney General’s Chambers, Malaysia, and is a member of the IP Committee of the Bar Council of Malaysia.

Michael’s team of lawyers, as with Shook Lin & Bok as a firm is equipped to address any queries in a multiple languages including English, Malay, Mandarin and Tamil