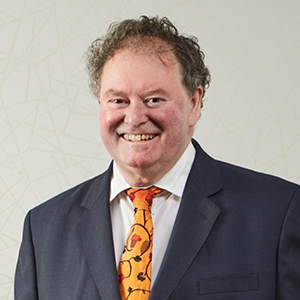 Specialising in international, appellate and complex litigation,  Mark Stephens has undertaken some of the highest profile cases in the country and abroad.

Mark has created a niche in international comparative media law and regulation. He acts in judicial reviews, Privy Council cases- Ultimate Appeal Court for parts of the Commonwealth, as well as, regulatory cases and inquiries.

Mark practices before every level of court in England and Wales and also abroad before international tribunals and courts. He is also a Privy Council agent regularly working with a range of overseas lawyers. Mark is a qualified mediator.

He can also assist clients in jurisdictions outside of the UK and has been retained by a number of governments to advise and to represent their interests including, Republic of Cyprus, Jamaica, Libya, Mauritius, and the Russian Republic.

He has been appointed by the Foreign Secretary to the FCO Free Expression advisory board and the Lord Chancellor to be a Champion for the Community Legal Service. Mark became board chair of Internews Europe, an international charity dedicated to freedom of expression and trusted media in 2018.

Mark chairs a number of bodies including, Internews, the Management Committee of the Programme in Comparative Media Law and Policy Wolfson College, Oxford Centre for Socio Legal Studies and the Bianca Jagger Human Rights Foundation. He is former chair of the Contemporary Art Society, Global Network Initiative, Global Witness the University of East London the Design Artists Copyright Society. And former President of the Commonwealth Lawyers Association.

Mark is responsible for innovating the Business & Human Rights portfolio of Cygnet Healthcare in his role as Non-Executive Director. Cygnet is the UK arm of UHS, the largest and most respected healthcare provider in the USA, and provides a wide range of services for individuals with mental health needs, autism and learning disabilities within the UK.

He additionally sits on the board as a Trustee of Index of Censorship, the Bianca Jagger Human Rights Foundation, Commonwealth Lawyers Association and Council of the International Bar Association’s Human Rights Institute and Human Dignity Trust.

Mark regularly appears in print, on radio and television. Mark also lectures at Universities and Higher Education Institutions around the world.

He is also on the editorial boards of Communications Lawyer, Copyright World and European Intellectual Property Review.

‘Media heavyweight‘ Mark Stephens co-heads the broad media & entertainment practice at Howard Kennedy LLP, where he focuses his expertise on international and regulatory matters. Robert Lands leads alongside Stephens and is a specialist on the intersection of IP and data protection as they pertain to the creative industries. The firm’s advertising offering is spearheaded by Alex Watt who advises companies on licensing, franchising, publishing, and various forms of gaming. On the contentious side, particularly for her work on matters pertaining to reputation management, privacy, data protection, and freedom of speech, Elizabeth Morley is a key contact at the firm.

Led by Mark Stephens the skilled team at Howard Kennedy LLP advises museums, galleries, dealers and public art organisations on a vast array of issues relating to the resolution of disputes and the recovery of stolen and looted items of art and cultural property. It also advises many charities, artists and estates as well as photographers, photo libraries and ultra-high-net-worth individuals on a whole host of issues. Daniel McClean is recommended; Alex Watt has an eclectic mix of clients including Middle Eastern art galleries and American art dealers; Elizabeth Morley is well-regarded; and Robert Lands has a particular focus on the visual arts sector.