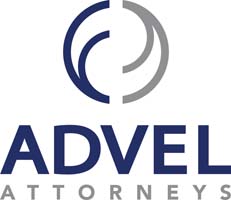 Ms Tynes is an expert in the field of EU and EEA Law and has extensive experience from the EFTA institutions in Brussels. She has regularly served as a consultant to the Icelandic authorities in matters of EU/EEA law and has vast experience in litigation before the Community Courts and the EFTA Court. Ms. Tynes is a regular lecturer at the University of Reykjavik in EU/EEA law and has contributed to several publications in the field.   Ms Tynes a Partner and leads the EU/EEA law team and the Competition & State aid team of the firm.

LLM in European and Comparative Law from European University Institute, Florence, Italy in 2000. Admitted to the Bar in 1998. Law degree (cand.iur) from University of Iceland in 1997. Studies in French and Litterature at Université Paul Valéry, Montpellier, France in 1991 – 1992.

Counting Arion Bank as one of its key clients, ADVEL Attorneys at Law continues to collaborate with international law firm Allen & Overy LLP and provides ongoing advice as local counsel to Arion Bank on its EMTN and covered bond programmes. The team, which is led by corporate partner Stefan Thor Ingimarsson, advises insurance companies and other financial institutions on reorganisations, loan agreements and financing matters. Other key members of the team include Ragnar Guðmundsson, Dora Sif Tynes and Bjarni Þór Bjarnason, who joined the firm in mid-2021 from Deloitte Legal ehf..

ADVEL Attorneys at Law has experience representing a roster of domestic and international clients in high-end disputes before the district, EU and EFTA courts, and is noted for its experience in handling cases involving major financial institutions. Key clients include the Icelandic Government and Vodafone; the team is representing the latter in an appeal to the EFTA Court regarding a state aid decision adopted by the EFTA Surveillance Authority. Guðmundur Siemsen leads the group and is supported by EEA and EU law specialist Dóra Sif Tynes. Kristinn Hallgrímsson left the firm in 2021 to join Arta.

ADVEL Attorneys at Law’s EEA and competition team counts domestic and multinational companies, including Vodafone, as well as employees and public institutions among its key list of clients. The team has experience before the Icelandic Competition Authority, Icelandic courts and the EFTA Surveillance authority, and handles a range of matters, notably state aid issues and competition disputes. Praised for her ‘intimate knowledge of EU law’, Dóra Sif Tynes leads the practice.