The regional nature of Canada’s economy was apparent in the past year. Overall, Canada has weathered the recent spate of US-initiated global trade conflict: it posted a 3.1% growth in GDP during 2018, while figures for the second quarter of 2019 indicated the country’s strongest growth rate in two years. The rosy nationwide picture, however, has possibly overshadowed mixed messages at the provincial level.

In particular, the downturn in the natural resources sector has continued to plague the Alberta market, with economists projecting a 0.8% annual contraction for the province following recent uncertainty surrounding pipeline developments. That said, the recent approval of the now state-owned Trans Mountain pipeline expansion project, which is expected to boost shipping capacity by 590,000 barrels per day, has injected some optimism into the energy-dominated province.

Also of note is Canada’s developing cannabis industry. To reflect and account for the importance of this flourishing industry sector, we have included in this year’s guide a standalone category to assess cannabis-related legal work. According to Statistics Canada, cannabis retail sales climbed to C$104m in July 2019, pushing past the C$100m barrier for the very first time. Unsurprisingly, even law firms that were originally reluctant to move into the area are now looking to draw together cross-disciplinary groups to handle the corporate and regulatory aspects of this rapidly growing market segment.

That said, several other Canadian firms dominate in specific sectors or regions. Cassels Brock & Blackwell LLP and Fasken are top-choice firms for mining deals, while Bennett Jones LLP is a leader in the oil and gas space, and in Western Canada more generally. Further, Borden Ladner Gervais LLP is a standout player in the power sector, and Calgary’s Burnet Duckworth & Palmer LLP is a regional heavyweight and is considered a leading business law firm in Alberta.

Canada is also home to a number of impressive boutiques. In particular, Lax O'Sullivan Lisus Gottlieb LLP and Lenczner Slaght LLP are both highly regarded for dispute resolution, Smart & Biggar is a leader in intellectual property and Cassidy Levy Kent LLP excels in international trade law.

Canada’s provincial jurisdictions align closely with the country’s economic sectors, and the character of each of those distinct legal environments cannot be overstated. Public and private law are separated in Canada, with responsibilities for the former exercised by Parliament and the latter overseen by the provinces. The largest legal centre is Toronto, Ontario, which is the base for most of the country’s largest corporate deals. Alberta is home to Canada’s oil and gas industry and thus Calgary has developed into a hub for energy work. British Columbia also is an important province for natural resources work, including forestry and mining. Finally, French-speaking Quebec is an especially distinct legal market; it retains a civil code for private law separate from the rest of Canada’s common law system. 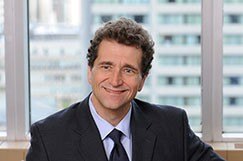 View GC Powerlist profiles for individuals and teams in Canada