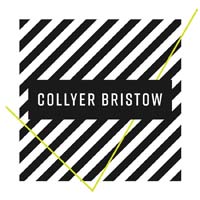 Partner: Robin’s main areas of expertise are financial services, financial disputes and insolvency and corporate recovery. He has wide experience of both contentious and non-contentious banking and insolvency matters, with an emphasis on financial markets work and distressed debt. He has acted for many clients in relation to the misselling of forex, and other derivatives, and interest rate swaps. Robin gained experience of distressed debt trading from being seconded to Morgan Stanley and has since advised clients in this area, including on Lehman and MF Global claims. He has worked for administrators, administrative receivers and fixed charge receivers appointed in respect of numerous companies, involving both business and property sales. With regard to contentious insolvency, Robin’s experience includes actions for mortgage fraud and other claims and investigations brought by Insolvency Practitioners against companies and directors. He has also defended directors against claims brought by IPs and negotiated on behalf of companies in debt restructuring negotiations.

Robin is a member of R3 and the Insolvency Lawyers Association.