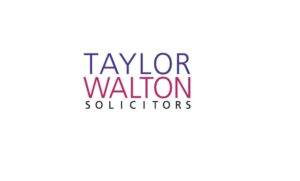 Olive McCarthy is a Partner and family law specialist solicitor qualified in 2000, she is based in the St Albans office of Taylor Walton. She can best be described as an experienced lawyer who always strives to meet a client’s objectives.

She is also a Family Law Arbitrator, as an alternative to Court proceedings, she is able to make decisions (Arbitral Awards) in family matters where she has been appointed by the parties’ representatives with such decisions being incorporated into a Court Order and binding on the parties, one of only an elite few in the UK qualified to do this. Olive promotes, where appropriate and possible, a conciliatory approach to issues. She believes in striking a balance between being sympathetic and understanding, whilst also commanding an assertive and proactive approach to matters.

Olive specialises in resolving medium to high net worth financial disputes all that they encompass on a separation between couples and in divorce proceedings.

Previously a Trustee of the ‘domestic violence forum’ of East Herts and Broxbourne from 2003 to 2016 as well being the honorary solicitor to Citizens Advice Bureau for Hertford, Ware and Broxbourne outlets for a similar period.

Olive is also the firms Risk Management Partner and COLP.

Olive studied at University of Hertfordshire (St Albans) for her degree which included all core law subjects as well as economics, philosophy, sociology, criminology and politics. She also studied at London College of Law and holds the following accreditations –

Taylor Walton LLP is a full service family law practice which supports alternative dispute resolution options such as mediation, arbitration and collaborative law. Practice head Ben Twitchen  advises on all areas of family law with a particular focus on divorce. Will Mercer advises on divorce and dissolution of civil partnerships while Olive McCarthy handles high-net worth financial remedies and appointment of trustees act matters. Emily Woodhouse is a key lawyer in the practice.