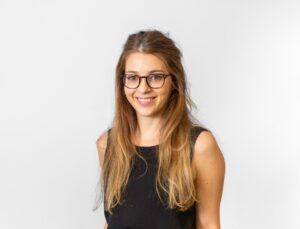 Christina McCollum is a partner at Antoniou McCollum & Co. and heads the Corporate and Commercial practice of the firm.

Christina advises clients on taking out security, including floating charges, share pledges, fixed charges and wider collateral security issues, as well as enforcing the same via receiverships and other means.

Christina McCollum is a practicing Solicitor of England and Wales.  She is also a practicing Advocate under the Cyprus Bar.

Prior to partnership at Antoniou McCollum & Co. she qualified and practiced as an associate at CMS Cameron McKenna in London.  Christina also held managerial associate positions in two global firms, practising commercial and corporate law.

Christina read law at University College London and completed her LPC at the College of Law, Moorgate, in London.

Antoniou McCollum & Co. LLC‘s team is sought after for advice on M&A and other corporate transactions, as well as related finance and competition (including merger control) issues. It has notable expertise in matters related to areas such as technology, private equity, telecommunications, energy, transport, banking and insurance. Christina McCollum, who heads up the department, is a practising solicitor in England & Wales. Anastasios A. Antoniou is another name to note.