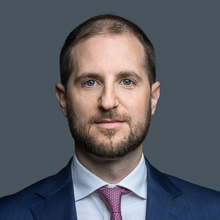 Benoît A. Mauron joined LALIVE in 2015. He practices in litigation, representing clients in both civil and criminal Swiss proceedings, with a focus on domestic and cross border commercial disputes and fraud litigation, including asset recovery. He is a member of the founding committee of FIRE Starters, an international platform for fraud, insolvency, recovery and enforcement practitioners and frequently represents the firm as a speaker on these topics.

Before joining LALIVE, Benoît A. Mauron worked as an associate in the dispute resolution group of a leading Swiss firm in Geneva (2012-2014) where he also trained (2010-2012).