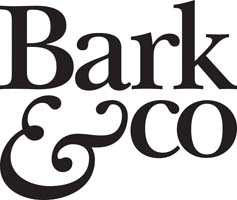 Represented RT in dismissal of charges of torture arising from the Liberian Civil War in 1990. This was a complex case involving historical allegations and high profile issues of domestic and international law including an interlocutory appeal to the Supreme Court regarding interpretation of s.134 Criminal Justice Act 1988.

Defending multi-million pound confiscation proceedings for B convicted of a money laundering conspiracy regarding the evasion of tax on alcohol imports. A benefit of £61.5m is claimed by the Prosecution.

Acted for O in his acquittal of conspiracy to defraud and to handle stolen goods arising from the payment of a reward by an insurance company for the recovery of paintings valued at £1.5m stolen from members of the Bulmers cider family.

Acted for S, a former professional footballer, in his trial and re-trial in which he was acquitted of allegations of money laundering and converting criminal property.

Defended S in proceedings described as the ‘first of its type’ under the Gangmasters (Licensing) Act 2004 arising from S obtaining gangmaster licences using a false identity and also offences of mortgage fraud. Represented S in confiscation proceedings following conviction in which the Prosecution sought a benefit of £13.7m.

D, a management consultant, was charged with fraudulent evasion of VAT, cheat on the Revenue, and fraud on the NHS regarding consultancy services provided to the NHS. Obtained acquittal of all charges after 3 trials.

Represented FH, a barrister, acquitted of conspiring with C to pervert the course of justice. These allegations arose from libel proceedings brought by C, a renowned international cricketer, against Lalit Modi.

This high profile case was the longest ever criminal trial in Gibraltar involving the defrauding of millions of pounds from clients of the law firm Marrache & Co with losses of around £40m. The case was tried by the Judge alone after the jury was dismissed for jury tampering. Represented SM who was the financial director of the firm.

Acted for W in defending charges of conspiracy to defraud in a £27.5m ‘boiler room’ fraud spanning 10 countries.

Defended R, owner of Future Communications (UK) Ltd and Unique Distribution Ltd, in his acquittal of charges of conspiracy to cheat the revenue of VAT of around £120m from trading in mobile telephones. Operation Inertia was described as one of the largest and most complex investigations of a contra-trading MTIC carousel fraud.

Bark&co has expertise in civil tax and criminal tax fraud with an increasing focus on litigation in areas of VAT and excise duty. Giles Bark-Jones leads the practice with expertise extending to several areas of civil litigation including fraud and contentious tax. Peter Finbow specialises in white-collar crime including VAT fraud and money laundering.

London criminal defence firm Bark&co deals with high-value, cross-border work in relation to business crime and VAT tax litigation. The firm’s work covers tribunal appeals, HMRC interventions and seizures, tax investigations and enquiries, while the criminal tax fraud practice advises on a wide range of tax evasion and tax fraud matters. The team is led by founder Giles Bark-Jones, who specialises in VAT fraud cases and challenges to HMRC assessments. He is supported by Peter Finbow, with a focus on fraud and white-collar crime, such as insider trading, bribery and fraudulent trading. Maria Stalbow is another key member of the team.