Kazakhstan is the largest central Asian economy after Russia and the world's largest landlocked country. Despite some initial doubts over economic performance in 2018, the economy has done remarkably well. With the country critically dependent on oil, the stabilisation of the price at around $80 a barrel provided some reassurance. Although concerns have been raised over Kazakhstan’s symbiotic relationship with the oil sector for many years now, a cheaper currency combined with significant foreign investment has stimulated a rise in renewable energy projects across the country. Although this financing has come largely in the form of the EBRD, Chinese investment has been a contributing factor. The opening of the Astana Financial Centre has been widely publicised and is heavily backed by the state. Structured under English law principles, the initial picture is positive, with interest from many companies having been substantiated with registration and potential IPOs on the Astana International Exchange.

Legal and regulatory reform has been the dominant subject in Kazakhstan. The appointment of a new Supreme Court judge has been met with optimism, due to his critical opinion of the current judiciary system. Consequently, courts have become more active and many more cases have been successful at the appellate stage. In addition, new laws have made it mandatory to hold a license to practice law. A major overhaul in the natural resources sector has culminated in a new Subsoil Use Code; although the primary aims are to simplify rights in this sector, many report that they are still trying to understand the changes before they act on them. Amendments to the state's IP legislation have also been made, and mainly affect the procedures for registering and recognising trade marks.

The legal market is largely dominated by large international firms such as Kinstellar LLP, Baker & McKenzie - CIS, Limited and Dentons, who have large multi-specialism teams. However, local firms such as SIGNUM Law Firm provide a considerable challenge. The market also has notable specialist firms such as Artyushenko & Partners Boutique Law Firm in the real estate field and Bolotov & Partners LLP in IP. 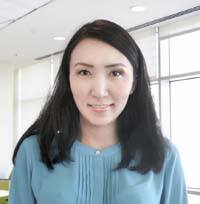 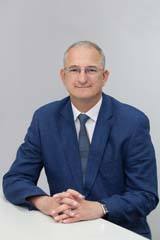