A major trend in Belgium is the government’s ongoing attempts to strengthen the country’s business environment and increase competitiveness. On a related note, a talking point in the legal market is the proposed new Belgian Companies Code, which will replace the existing Belgian Companies Code. It is intended to create a simplified legal framework in order to make Belgium a more attractive destination for companies to establish themselves in, and also to stimulate foreign direct investment. With Belgium also serving as a hub for the non-profit sector, the Code will also have a transformative impact on not-for-profit organisations and foundations. At the time of writing, the draft law had been approved at a first reading by the Belgian Commercial and Business Law Parliamentary Committee on 23 October 2018. Pending final approval, it is expected to enter into force on 1 May 2019 for companies newly incorporated from that date onwards, and on 1 January 2020 for existing companies. If passed, this legislative change will likely be a source of corporate governance and transactional work for law firms.

Corporate tax reform is another hot topic, with the Belgian Parliament having approved legislation on this area in December 2017. Taking effect over a three year period, the measures will see a gradual reduction in the corporate income tax rate to 25% in 2020. The legislation also creates tax benefits for SMEs and transposes the EU Anti-Tax Avoidance Directive into Belgian law. Also notable is that the reformed Insolvency Law, which was adopted in 2017, eventually came into force on 1 May 2018.

On the transactional front, private equity deal activity continues steadily, with the sellers’ market driving prices and resulting in particularly competitive auction processes. With a booming start-ups and scale-ups scene – particularly in technology and big data – there has also been no shortage of venture capital work.

The biotechnology industry continues to thrive and has been the backdrop for some of the largest transactions over the last year, notably including Sanofi’s €3.9bn acquisition of Ablynx through a public takeover bid.

Belgium continues to face challenges in the energy space surrounding security of supply. With the gradual eradication of nuclear energy ongoing, firms continued to be engaged with renewable energy projects.

Elsewhere, in the competition law arena, a standout theme is the impact of technology and innovation on commerce, particularly in the way companies compete to sell products, and the interface between consumers and business. In 2018, the EC fined Google £3.8bn for alleged antitrust violations in respect of its Android platform. Another EC investigation, which concerns Google’s AdSense service, is still ongoing. The EC has also recently launched an investigation into Amazon’s use of sellers’ data. It has also taken a look at Qualcomm’s alleged abuse of dominance in the area of baseband chipsets. On the merger control side, notable headline deals that attracted regulatory attention from the EC include Siemens/Alstom, Walt Disney/21st Century Fox and Bayer/Monsanto (among various others).

The General Data Protection Regulation, implemented in May 2018, remains a source of work for law firms, due to companies seeking assistance with ongoing data protection compliance issues. In a similar vein, cybersecurity also remains a prominent area of instruction for Belgian IP and IT lawyers.

Finally, at the time of writing, the clock is ticking on the UK’s withdrawal from the European Union. As uncertainty continues to swirl over the UK government’s direction of travel, law firms in Belgium have been advising clients on the implementation of strategies to mitigate the business challenges presented by Brexit, and also on ways to maximise opportunities. 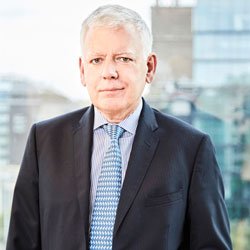