The Philippine government’s ‘Build, Build, Build’ programme has sought to improve poor infrastructure and congested roads in the country. The construction sector has entered a period of growth, and local and international bidders in Asia and beyond have participated in the tender processes for major infrastructure projects.

The business process outsourcing (BPO) sector remains strong in the Philippines, though there are some concerns about the future of the industry in the age of AI and automation. Elsewhere, the mining sector has experienced a downturn, while there has been a renewed interest in renewable energy; positive news for the country, which has traditionally been dependent on coal.

Foreign firms are prohibited from practising Philippine law, and the market is dominated by large and well-established Philippine firms. Key names include Angara Abello Concepcion Regala & Cruz Law Offices (ACCRALaw), Martinez Vergara Gonzalez & Serrano, Quisumbing Torres and SyCip Salazar Hernandez & Gatmaitan. Gorriceta Africa Cauton & Saavedra is a newer player in the market but has quickly carved out a space for itself, particularly in corporate and M&A, capital markets and TMT.

On the international firms front, a number of global players are active in the Philippines and across the region more broadly, and are able to assist on US, English, and other international law aspects of cross-border transactions involving Philippine entities and assets. 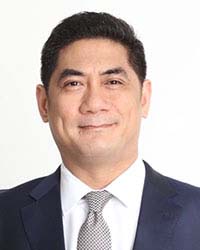