Media and entertainment: Sports in France

Clifford Chance's managing partner and corporate law expert Yves Wehrli has extensive experience assisting leading names in the industry with their most strategic matters. He notably advises professional federations on the organisation of major sports events, regulatory issues and the sale of TV broadcastings rights. Wehrli recently advised the French Tennis Federation on the sale of the television broadcasting rights for the Roland Garros Grand Slam tournament from 2021 to 2023. The practice is also one of the French Professional Football League's main advisers and recently sought Wehrli's advice regarding the sale of TV rights. Dispute resolution partner Thibaud d’Alés also contributes.

‘The Paris team quickly grasps cross-border legal issues. They provide excellent, timely advice and go above and beyond to get the right result.’

De Gaulle Fleurance & Associés has a prominent client base composed of several professional sports federations, sports leagues and major sport event organisers such as the French Tennis Federation, Paris Olympics 2024 and football championship league UEFA. The firm provides all-round expertise, including public-law, IP, commercial law and TV rights issues. The practice was notably involved in several high-profile disputes pertaining to illegal sport event ticket sales. In addition, the practice assisted several professional players with various issues, including negotiating club transfer contracts. Rhadamès Killy is highly recommended. Louis de Gaulle and Agnès Macaire are also key contacts. The group welcomed Jean-Louis Valentin in 2019, who joined as of counsel and who brings valuable experience from his previous positions as deputy general manager at the French Football Federation and as general secretary of the International Motor Federation. Jean-François Vilotte, who was named general secretary of the French Tennis Federation, left the firm in 2019.

‘A large spectrum of expertise particularly adapted to advising on major sport event projects. The firm has strong legal expertise.’

‘The team is available and responsive.’

‘Rhadamès Killy demonstrates perfect understanding of matters at stake, is highly responsive and has remarkable contract and IP law technique.’

Joffe & Associés' Romain Soiron is full-time dedicated to advising sport industry clients. He is a key adviser to major leagues and federations including the French Professionnal Football League, the French Football Federation and the French National Handball league. Soiron also regularly assists clients with strategic matters, such as negotiations of sponsorship and broadcasting rights contracts. The representation of clients in proceedings launched to stop illegal sport event streaming and ticket resale practices are another busy line of work. Major sports events organisation also forms part of the caseload, with the advice to the Organising Committee for the Women’s World Cups 2019, which was held in France, as a prominent recent example. The group was also retained by a high-profile football team. Associate Aude Benichou provides key support. As part of a full-service firm offering, the practice can rely on complementary expertise from other teams, including the litigation and employment practices.

‘The firm has incomparable knowledge of the sport industry. It quickly grasps matters at stake and provides total availability.’

‘Lawyers are available, responsive and knowledgeable. They provide adapted solutions.’

‘Romain Soiron has become the best lawyer around in the sport industry. He has a longstanding experience advising on media, sponsorship and commercial deals. He has a perfect understanding of clients’ needs. He certainly knows how to make everyone comfortable to work in the appropriate atmosphere and team spirit.’

AyacheSalama 's tax partner Jacques Messeca is adviser to major football players and clubs, such as football club Paris Saint-Germain and the French Premier League, as well as to several other sport federations, including the French rugby and basketball leagues. He provides strategic tax guidance and also advises clients on tax audits.

‘The firm is an expert in tax and sports law. It provides excellent and accurate information to clients and is really responsive.’

Paul Hastings LLP 's Jean-Louis Martin is key adviser to the National Rugby League whom he regularly assists with the sale of TV broadcasting rights.

‘The firm has proven expertise in the field of sport media rights.’ 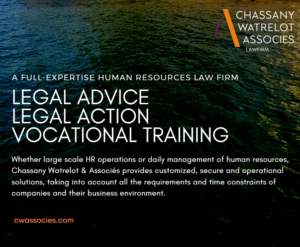