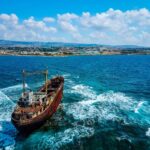 Our remarkable deliverance of unique solutions and projects over the single course of five years positively represents our vision and ambition for future undertakings. Such is equally translated through our diversified clientele covering more than 35 countries and 65 jurisdictions.

Patrikios Pavlou & Associates LLC is a leading, highly recommended and multi-awarded law firm based in Cyprus. With more than 56 years of experience in the local and international legal market, the firm is renowned for its involvement in some of the largest cross-border transactions and complex litigation and arbitration matters and its exceptional client …

END_OF_DOCUMENT_TOKEN_TO_BE_REPLACED

SOTERIS PITTAS & CO LLC is a boutique law firm, focusing on the areas of law related to business activity and dedicated to providing its clients with outstanding, highly personalized, legal representation. View Profile...

P. N. Kourtellos & Associates LLC is an independent and dynamic law firm, one of the new generations of Cyprus law firms which are breaking ground and rethinking the practice and substance of law. Founded by Dr Pavlos Neofytou Kourtellos and Ioanna Demetriou in 2011, primarily as a multi-service commercial law firm based in Limassol, …

END_OF_DOCUMENT_TOKEN_TO_BE_REPLACED

A.G. Erotocritou LLC has firmly established itself as a “top tier” leading law firm in Cyprus, having cultivated an unrivalled reputation for excellence, with an impressive track record and an all-embracing legal service capability, underpinned by an acute sense of commercial awareness. View Profile...

Cyprus is amidst a transformation – from off-shore tax haven to a more sophisticated economy, which is leading to new strands of legal work. Gaming, and mobile application developers, gambling companies and software developers have created new work, especially in the nascent IP sector. Generally, across the board, there appears to have been an increase in transactions, and the market is in good health. The legal market is also diversifying beyond Russia, which it has relied on for years, working more frequently with Central European clients. This is partly due to an increased self-reliance but also because of a combination of new anti-money laundering rules and US sanctions.

A direct result of the economy becoming more self-sufficient, there has also been an increase in high-stakes domestic banking work. Chiefly, an increase in work on non-performing loans that has been spurred on by local banks reorganising.

The real estate and construction sector is booming – a consequence of increased applications to the country’s citizenship-by-investment scheme, though recent amendments have made it difficult for prospective investors going forward. Major construction projects such as skyscrapers and large hotels have been green-lit after years of stagnation and financial anxiety, in which the state attempted to ease the economy into recovery following the 2012-2013 financial crisis. Many firms report an urgent need for new judges, and, as a result, the courts will hire 32 new judges, most of whom are expected to be appointed in 2020.