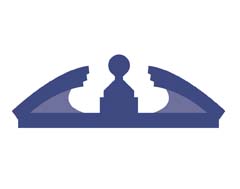 Field Court Tax Chambers advises governments, multinational companies and others such as wealthy individuals and charities. The set of chambers has been busy advising on various significant matters. Patrick C Soares is acting for the appellant in Walewski v HMRC. The case is being considered in the Upper Tribunal and is examining a limited liability partnership in which both he and a limited company were partners, with at issue if the profit shares that were allocated to the company could be reallocated to the appellant pursuant to the 2014 ‘mixed partnership rules’. In another key matter Patrick Way QC acted for an individual in a dispute about the ordinary residence of an individual.

Field Court Tax Chambers displays a high level of tax expertise, and its members represent a broad range of clients, from multinational enterprises and corporates to tax authorities. Head of chambers Patrick Soares advises on the structuring of UK and international land transactions, while set co-founder Patrick Way QC has a broad advisory and advocacy practice and has been involved in cases concerning digital services tax, residence and domicile issues for individuals, taxation of image rights; he recently advised on double taxation issues in Andrew Davies & Others v HMRC. Imran Afzal is also noted and acted against HMRC in Irish Bank Resolution Corporation Ltd (in special liquidation) and Irish Nationwide Building Society v HMRC, a case that involved exploring the scope of tax treaties and the taxation of overseas banks.

Imran Afzal - Field Court Tax Chambers ‘ Absolutely first-rate: extremely clever with a detailed legal knowledge. Produces top quality work every time he is involved in a matter. Will undoubtedly become a QC in the very near future. ’
Ranked: Tier 1

The set: Chambers provides dedicated taxation services of the highest quality, delivered with a commitment to meet the commercial and individual needs of clients, as well as to provide first-class legal expertise. The members have a track record of excellence. They have experience of acting on the instructions of clients, ranging from the UK and other governments to major corporations and smaller businesses across a range of industries, as well as individuals. Members of Chambers appear at all levels of the UK court system including the Privy Council  and in the European Court of Justice.

Patrick C Soares is one of the best-known tax lecturers to the professions in the country and lectures on tax structures for property, as well as offshore taxes and estate planning. Topics on which he has spoken and chaired conferences include “Optimum Tax Structures for Land Transactions” and “The Taxation of Overseas Trusts and Companies”. Patrick Soares has written tax memoranda on a wide range of topics including SDLT, the Taxation of Pension Funds, Business Investment Relief, Taxation of Non-UK Domiciled Individuals and  the Statutory Residence Test. He was the Tax Editor of the Property Law Bulletin for many years.

Philip Baker QC has written one of the leading text books on “Double Taxation Agreements” and has specialist expertise in taxation and the European Convention on Human Rights. He has acted for the UK and foreign governments, and appeared in the House of Lords, Privy Council and European Court of Justice.

Imran Afzal read Law at Oxford as an undergraduate and postgraduate, coming top of the university on both occasions, and has had a meteoric rise in the profession. He has taught tax part-time at the LSE and on the MA in Taxation at the IALS.

Peter Vaines was a tax partner in firms of accountants and solicitors for many years before joining chambers in 2016. He was the lead advisor in the case of Gaines-Cooper and is described as the elder statesman of residence and domicile. He writes and lectures widely on tax issues and won the Tax Writer of the Year Award in 2015.

Dilpreet K Dhanoa has a diverse practice in Revenue law across both indirect and direct taxes, nationally and internationally. She joins Field Court Tax Chambers from private practice working in international arbitration and litigation, focusing on commercial disputes. She has appeared in all levels of Court up to the Court of Appeal. Prior to joining the independent Bar, she qualified as a Chartered Tax Advisor with a Big-4 Accounting firm, specialising in the taxation of financial instruments and real estate.

David Southern QC joins Field Court Tax Chambers from Temple Tax Chambers. Before beginning independent practice at the Bar in 1997 he worked in the Inland Revenue and in banking. He was appointed a QC in 2014. Until 2020 he was Director of the School of Tax Law at Queen Mary, University of London. He is sole author of Taxation of Loan Relationships and Derivative Contracts, now in its 10th edition. A Supplement was published in 2020, dealing with loss carry-forward rules and the corporate interest restriction. He is a contributor to Gore-Browne on Companies.

Information on our door tenants:

David Bloom QC holds the degrees of LLB (Hons) and LLM (Hons) from the University of Sydney. He was called to the New South Wales Bar in August 1975 and became one of Her Majesty’s Counsel in 1987. David is also a practising member of the Bar of England and Wales and a member of the New York State Bar.

*Porus Kaka is a Senior Advocate (India) and was President of the International Fiscal Association Worldwide (2013-2017). He was the first President from the Asian Region in its 75 years’ history. Previously, he represented India in the IFA’s Permanent Scientific Committee. He is currently a Trustee of International Bureau of Fiscal Documentation (Netherlands) and Hon. President IFA. He is also on the Editorial Board of the World Tax Journal, and completed his LL.M from Harvard Law School in the USA. His areas of practice include all Direct Tax and International Tax Treaty Laws and litigation.

Philip Goeth was called to the Bar in 2017. Previously he was a senior partner with a Big-4 accounting firm, holding leadership positions in Austria, Switzerland, and in the Asia-Pacific region. He obtained a Master of Business Administration and a Master and Doctor of Law degree in Austria, as well as a Graduate Diploma in Law at BPP and a Master of Law at the LSE in London. He was awarded rights of audience as Chartered Tax Adviser in the Austrian tax courts in 1997, and he is also licensed as Certified Public Accountant in Austria and as Auditing Expert in Switzerland.

*This information is provided in relation to and for the purpose of work undertaken at Field Court Tax Chambers.

Types of work undertaken: Patrick C Soares advises on all aspects of taxation, providing notable expertise on the taxation and structuring of property transactions, as well as value added tax, trusts and offshore tax planning and tax advocacy. Patrick Way QC has appeared in leading tax cases at all levels of the UK court system and also advised on some of the largest corporate transactions in the UK, where the tax at stake has been in the multi-millions and he continues to advise high profile celebrities in the words of sport and entertainment. Philip Baker QC is one of the most renowned tax advisers on international tax matters, handling cases in jurisdictions, including India and Mauritius and at the European Court of Justice. He has advised the UK government and other governments on tax matters and has played a major part in the development of many tax systems. Imran Afzal has been involved in a range of domestic and international matters, acting for taxpayers and revenue authorities. He has been instructed in various high-profile and high-value matters, eg he assisted a foreign company in a matter involving over £1bn. Peter Vaines is well known for his experience on matters of residence and domicile and for advising on trusts and private client matters generally with many clients from overseas, in addition to wider issues such as tax investigations and share valuations for tax purposes.  Katherine Bullock advises on all areas of personal and corporate tax law, with particular emphasis on domestic and international matters for private clients and their companies, trusts and family structures. Typical areas include succession planning, structuring property holdings, offshore and onshore trusts issues, restructuring or disposing of the family business, tax-efficient investment, setting up charities and residence and domicile issues. Dilpreet K Dhanoa is well known in the VAT world and has advised extensively on the tax – both in the UK and the Middle East. She was the principal lecturer at the DIFC Academy of Law for VAT, and played a major role during the introduction of  VAT in the Middle East. She currently sits on the University of Oxford’s Advisory Board for Women in Law, where she completed her Masters in Taxation. David Southern QC has a wide-ranging tax practice covering direct taxes and VAT in equal measure, nationally and cross-border. His litigation practice is extensive. He  represented taxpayers in many of the recent leading cases on judicial review of payment notices (Rowe, Cartref Care Homes). He has a specialism in corporate finance. He has worked regularly for foreign governments in the UK and abroad (China, Australia, Latvia, European Commission).

Field Court Tax Chambers is expanding from its very strong initial core of barristers and will continue to enhance its services in all its areas of expertise.

Members of chambers are willing to provide assistance pro bono in appropriate cases. We have given pro bono advice and representation in the past, including assistance to the Low Income Tax Reform Group (LITRG) both in providing opinions to go to HMRC and HMT and in representing unrepresented litigants.

Members of chambers are willing to provide assistance pro bono in appropriate cases. We have given pro bono advice and representation in the past, including assistance to the Low Income Tax Reform Group (LITRG) both in providing opinions to go to HMRC and HMT and in representing unrepresented litigants.