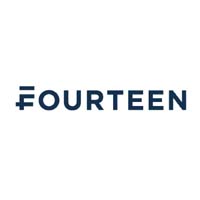 Fourteen is a ‘great set of care barristers and is always a top pick.’ ‘All counsel are very experienced and work hard for the client.’ It has a strong reputation for its work in public law proceedings in particular in cases involving allegations of neglect and the most serious abuse, as well as being well-regarded for its work on private law children disputes. The set has a number of distinguished members including Christopher Miller, Jay Banerji and Ronan O’Donovan.

Jay Banerji - Fourteen ‘ A formidable advocate. He is tactically aware and forensic in his approach. ’
Ranked: Tier 1

Christopher Miller - Fourteen ‘ An amazing barrister: reliable, wise, hardworking, a superb advocate and very well-read. Solicitors feel lucky to get him on a case. ’
Ranked: Tier 2

Joan Connell - Fourteen ‘ An excellent advocate who always commits to a case and to the client. She has a really good warm manner which puts clients at ease but works hard to ensure that she provides a very good service. ’
Ranked: Tier 5
Ronan O'Donovan - Fourteen ‘ Ronan is an amazing and highly-skilled advocate. He is extremely knowledgeable in the practice area and speaks with authority. He has an ability to really challenge the other parties/experts in a very firm way without being disrespectful or rude. He works very collaboratively with his instructing solicitors and is available between hearings to assist and provide advice. ’
Ranked: Tier 5

Ranjit Singh - Fourteen ‘ A robust advocate who argues the case for his client with skill and with the utmost courtesy, he is a pleasure to be against in court. His oral advocacy has a fluency that makes judges listen and he has an encyclopaedic knowledge of the law. ’
Ranked: Tier 5

Chris Stevenson - Fourteen ‘ Committed to client care of the highest standard. He has a pragmatic approach but deals with clients in a sensitive and friendly way. He prepares cases very thoroughly and has a real attention to detail. ’
Ranked: Tier 5

‘Fourteen provides a good all around service in family cases. It has a wide range of barristers who are well respected.’

‘Outstanding set of chambers. Strength in depth and friendly clerks.’

‘Fourteen has a number of excellent barristers at all levels of seniority. The fact that it is exclusively a family law chambers means that every member is specialist in the area. ‘

‘Chambers is really good at keeping the same counsel available on cases previously instructed on. Its communication is good both on the telephone and via email.’

‘The clerks are helpful and approachable.’

Michael Glaser QC - Fourteen ‘ A formidable practitioner, who has an incisive grasp of complex technical aspects of the law. ’
Ranked: Tier 4

Ella Calnan - Fourteen ‘ Ella is a strategic thinker, who combines being a persuasive and polished courtroom performer with a wisdom and empathy which her clients value. ’
Ranked: Tier 3

Gillon Cameron - Fourteen ‘ An unflappable junior who is respected by his peers. ’
Ranked: Tier 3

Ewan Murray - Fourteen ‘ His calm, measured approach inspires confidence. He is always well-prepared and unfazed by complex cases. His relaxed, authoritative style enables him to easily win over the tribunal. ’
Ranked: Tier 3

Mandy Tanner - Fourteen ‘ Mandy displays a charm and charisma that has even the trickiest clients eating out of her hand; combined with her razor-sharp intellect, she is able to win over judges and opponents alike. ’
Ranked: Tier 4

The set: FOURTEEN is a leading family law set with a national reputation for excellence. We are a dynamic and forward-thinking set of chambers and offer an approach that is both specialist and personalised. Members of chambers have appeared in many leading cases in recent years, including cases that have attracted the attention of the national media. FOURTEEN has occupied a prominent position in the legal marketplace for many years and is increasingly recognised for excellence in the legal directories.

Family finance: FOURTEEN provides first-rate specialist advice and representation in all claims relating to family finances, including: the financial consequences of the breakdown of marriages and civil partnerships, financial provision following divorce overseas, property disputes between cohabitees, pre- and post-nuptial agreements and separation agreements, financial provision for children and Inheritance Act disputes. Whether brought pursuant to the Matrimonial Causes Act 1973, the Matrimonial and Family Proceedings Act 1984, the Trusts of Land and Appointment of Trustees Act 1996, Schedule 1 of the Children Act 1989, the Child Support Act 1991 or the Inheritance (Provision for Family and Dependants) Act 1975, we have the expertise to advise and represent at every stage of proceedings.

Children private law: FOURTEEN has been at the forefront of the development of private law disputes relating to children for many years, including in the areas of alternative family structures and surrogacy. Our barristers appear at all levels of court, including cases before the Supreme Court. We represent parents, step-parents, grandparents and other family members as well as children. We are regularly instructed in cases involving disputes over child arrangements – where a child lives and with whom (s)he spends time – including where a parent seeks to relocate with the child within this jurisdiction and abroad. FOURTEEN provides assistance in applications for Specific Issue Orders regarding a child’s name, choice of school and medical treatment, and in the discrete areas of private law adoption, forced marriage, surrogacy, fertility and same sex parenting. We have particular experience acting in cases where there are allegations of significant harm and where a local authority has become involved.

Children public law: FOURTEEN has a national reputation for its expertise in public law proceedings. Our barristers have acted in many of the landmark cases, regularly appearing at all levels of court, including the Court of Appeal and Supreme Court. We act in care proceedings, adoption matters, special guardianship applications and in judicial review cases and the barristers represent not only parents, children and local authorities but also adopters, foster parents and other interveners or interested parties. FOURTEEN provides the highest quality of representation and legal advice. We are experts in cases invoicing non-accidental injury, factitious illness, neglect and physical, sexual and emotional abuse. Our public law barristers are also experienced in representing vulnerable clients with mental health and/or learning difficulties. We have considerable experience in representing professional bodies such as CAFCASS, NYAS and the Official Solicitor in the more complex cases that arise in this area.

Increasingly, we are being instructed in public law areas with an international focus, including international adoptions and matters involving the European Convention on Human Rights. In addition, we are often instructed in relation to the growing number of cases involving alleged radicalisation of children, forced marriage and female genital mutilation.

Court of Protection: FOURTEEN appears frequently in the Court of Protection, both in health and welfare cases and in matters pertaining to property and financial affairs. In addition, we often appear in cases brought under of involving the Mental Health Act 1983 and undertake advisory work and provide representation in the field of community care law.

International: The international family law team has extensive experience dealing with cross-border disputes involving the movement of children, jurisdictional conflicts, international family finance, forced marriage and ‘stranded spouses’ cases. Our barristers regularly appear in cases involving international assets, on- and off-shore trusts, companies and partnerships and cases with the need for injunctive relief and enforcement action. The barristers are regularly instructed in cases involving child abduction and relocation as well as claims following a foreign marriage or divorce, international adoption (within the context of both private law and public law proceedings) and forced marriage and surrogacy cases.

Administration: FOURTEEN has a team a very experienced clerks who together bring a wealth of knowledge and understanding of the complexity of the cases chambers undertakes enabling them to provide an exemplary service to users of chambers.