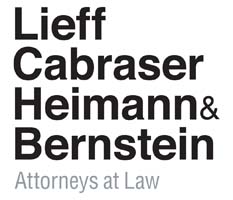 A heavyweight of the plaintiff bar, Lieff Cabraser Heimann & Bernstein, LLP has had and continues to play a leading role in many of highest-profile and significant mass tort/personal injury and wrongful death lawsuits in the country caused by negligent conduct and defective products. The team is able to deploy attorneys with significant trial experience from its California headquarters and beyond, as well as drawing upon the complementary knowledge of non-lawyers, including investigators and registered nurses. Elizabeth Cabraser is recognized as a ‘great strategist’ and serves in court-appointed leadership roles in many high-profile civil disputes, including in relation to the opioids litigation and diesel emissions scandal. Other key practitioners include Robert Nelson, who is noted in particular for his environmental class action prowess; Lexi Hazam, who specializes in developing regulatory and epidemiological evidence and scientific experts in pharmaceutical and device cases; and New York-based ‘rock star’ Annika Martin, who is a ‘fierce advocate for victims of sexual abuse’ – as underscored by her involvement as co-lead class counsel representing women who were sexually abused at the University of Southern California. All named lawyers are based in San Francisco unless otherwise indicated.

‘Elizabeth Cabraser is a great strategist.’

‘Elizabeth Cabraser is a dean of the class action bar.’

‘Elizabeth Cabraser has a blazing intellectual curiosity and an uncanny ability to expertly analyze complex legal situations and advocate her clients’ positions clearly and persuasively.’

‘Annika Martin is an absolute rock star and is a fierce advocate for victims of sexual abuse.’

Victims of fraudulent, deceptive and dangerous opioid drug marketing across the U.S., including cities, counties, native tribes and medical organizations

Native tribes, school districts, and a nationwide class of teens defrauded and injured by deceptive and dangerous youth-targeted e-cigarette marketing by Juul and Altria

Lieff Cabraser Heimann & Bernstein, LLP is an established plaintiff firm, often representing employees in matters relating to discrimination based on race, nationality, religion, age, gender, sexual orientation and disability. In addition, it handles wage issues and whistleblower actions. Leading the practice is Daniel Hutchinson, who focuses on litigation regarding complex class actions. Kelly Dermody, who specializes in civil rights and employment class and collective actions, and Anne Shaver, with experience in antitrust class actions, are also noted. All named lawyers are based in San Francisco.

Plaintiff class of female Associates and Vice Presidents who worked for Goldman Sachs.

Representing plaintiffs in class actions in the area of labor, particularly regarding no-poaching and wage suppression, but also in the pharmaceuticals, technology, and securities sectors, is a strong suit of Lieff Cabraser Heimann & Bernstein, LLP's antitrust practice. Practice head Brendan Glackin has vast experience acting in antitrust cases spanning price-fixing cartels and monopolization claims. As chair of the firm’s labor antitrust practice group, Dean Harvey regularly represents workers, consumers, and small businesses, often at the intersection of intellectual property with antitrust. Commercial litigation specialist Eric Fastiff's work encompasses the food, technology, finance, and natural resource industries. Lin Chan and David Rudolph are also recommended for their expertise in class action, including pharmaceutical and price-fixing cases. All mentioned attorneys are based in the firm’s San Francisco office.

Class of U.S. purchasers of telescopes

The Hospital Authority of Metropolitan Government of Nashville and Davidson County, Tennessee

Firms to watch
Headquartered in California, Lieff Cabraser Heimann & Bernstein, LLP stands out for its strong track record of acting for plaintiffs, including consumers, homeowners and small businesses, in litigation involving the discharge of toxic chemicals, dangerous pesticides and other hazardous materials into the air, water, land and drinking water supplies. Elizabeth Cabraser, Robert Nelson, Lexi Hazam are the key points of contact.
X

Lieff Cabraser has served as Court-appointed Plaintiffs’ Lead or Class Counsel in state and federal coordinated, multi-district, and complex litigation throughout the United States. With co-counsel, we have represented clients across the globe in cases filed in American courts. Lieff Cabraser is among the largest firms in the United States that only represent plaintiffs.

Described by The American Lawyer as “one of the nation’s premier plaintiffs’ firms,” Lieff Cabraser enjoys a national reputation for professional integrity and the successful prosecution of our clients’ claims. We possess sophisticated legal skills and the financial resources necessary for the handling of large, complex cases, and for litigating against some of the nation’s largest corporations. We take great pride in the leadership roles our firm plays in many of this country’s major cases, including those resulting in landmark decisions and precedent-setting rulings.

Lieff Cabraser has litigated and resolved thousands of individual lawsuits and hundreds of class and group actions, including some of the most important civil cases in the United States over the past four decades. We have assisted our clients in recovering over $124 billion in verdicts and settlements. Twenty-eight cases have been resolved for over $1 billion; another 55 have resulted in verdicts or settlements at or in excess of $100 million.

The National Law Journal has recognized Lieff Cabraser as one of the nation’s top plaintiffs’ law firms for fourteen years, and we are a member of its Plaintiffs’ Hot List Hall of Fame, “representing the best qualities of the plaintiffs’ bar and demonstrating unusual dedication and creativity.” The National Law Journal separately recognized Lieff Cabraser as one of the “50 Leading Plaintiffs Firms in America.” In December 2019, The American Lawyer included Lieff Cabraser in its “Top 50 Litigation Departments in the U.S.,” the only all-plaintiff-side litigation firm included among the firms recognized. In March of 2020, Benchmark Litigation named Lieff Cabraser its “California Plaintiff Firm of the Year” for the second year in a row, and we were finalists the previous year for the publication’s national “Plaintiff Law Firm of the Year” award.

In September of 2019, Law360 named Lieff Cabraser a “California Powerhouse” for litigation after naming our firm its “Class Action Firm of the Year” in January 2019. In July of 2019, Public Justice awarded Lieff Cabraser its “Trial Lawyer of the Year” award. Lieff Cabraser has 21 lawyers named to the “Best Lawyers in America” 2020 listing, and The National Law Journal awarded our firm its 2019 “Elite Trial Lawyer” awards in the fields of Consumer Protection and Cybersecurity/Data Breach. We had 38 firm lawyers named to the 2019 Super Lawyers “Super Lawyer” and “Rising Star” lists, and were named the Daily Journal’s “California Lawyers of the Year 2018” as well as having eight lawyers named to Benchmark’s “40 and Under Hot List 2018.”

U.S. News and Best Lawyers has selected Lieff Cabraser as a national “Law Firm of the Year” six times in the last nine years, in categories including Mass Torts Litigation/Class Actions – Plaintiffs and Employment Law – Individuals. In 2017, Lieff Cabraser’s Digital Privacy and Data Security practice group was named “Privacy Group of the Year” by Law360, and the firm’s Consumer Protection practice group was named “Consumer Protection Group of the Year” by the publication as well.

In 2016, Benchmark Litigation named Lieff Cabraser to its “Top 10 Plaintiff Firms in America” list, The National Law Journal chose our firm as one of nine “Elite Trial Lawyers” nationwide, and Law360 selected Lieff Cabraser as one of the “Top 50 Law Firms Nationwide for Litigation.” The publication separately noted that our firm “persists as a formidable agency of change, producing world class legal work against some of the most powerful corporate players in the world today.”