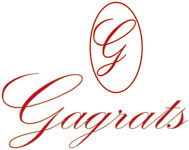 Gagrats’ practice is led by Mumbai-based partner Rustam Gagrat and focuses on commercial, competition and tax litigation, as well as public sector disputes. The team also has experience in contentious matters in the aviation sector and regularly represents airlines and lenders.

THE FIRM : Gagrats has a broad based practice cutting across a wide range of legal disciplines with an associate office in New Delhi.

Most of the Lawyers at the Firm have attended prestigious universities in England, the U.S.A. and India such as Cambridge University, The London School of Economics, Queen Mary’s London, Kings College London, Warwick University, Exeter University, Harvard Law School and The National Law School of India University. Some of the Partners of the Firm have also qualified as Solicitors of the Supreme Court of England.

Aviation: The Firm represents major domestic and international airlines and multilateral aviation authorities, and has considerable experience in cross border financings relating to the purchase and leasing of aircraft. The Firm has been involved in some of the largest aircraft financing deals in India, involving both US Exim Bank and the European Credit Agency, in financings which were selected by Air Finance as the “Deal of the Year”, in repossession of Aircraft; in significant restructurings, cross border investments, commercial cooperation agreements, MRO agreements and M&A deals in the aviation sector, etc.

The Firm’s Aviation Practice has been the consistent recipient of Awards from 2008 till 2021 and as the 2022 “Aviation Law Firm of the Year – India”. The Firm is also recognized as 2021’s Leading Legal Advisor in Aviation – India, listed in ‘Ones to watch 2020: Best in Aviation Law 2020 – India’, recipient of the Award for Excellence in Aircraft Finance and Acquisitions- India in 2019 and the Most Influential in Aviation Law, 2018.

Banking & Finance: The Firm represents major Indian and foreign banks, multilateral lenders, domestic and foreign funds and Foreign Institutional Investors. The Firm has considerable experience in corporate finance, including on external commercial borrowings, securitisations and project finance. The Lawyers at the Firm have been involved in significant financings, including those selected by Euromoney as the “Deal of the Year,” and in some of the largest External Commercial Borrowings and Financings in the Aviation, Engineering, Infrastructure, Pharmaceuticals and Power Sectors.

The Firm’s Securities Law Practice, apart from advisory work, regularly represents corporates, promoters and individuals, before SEBI, the SAT and the Courts, and has been involved in several prominent matters.

Competition Law: Work involves advisory and contentious work, before the Competition Commission of India. The Firm has advised its clients on Competition Law relating to several significant domestic and cross border deals and contracts.

The Firm has been involved in some path breaking cross border M & A deals. The Lawyers at the Firm have also represented Foreign and Indian Corporates as bidders in the Privatisation Process.

Energy, Engineering & Infrastructure: The Firm has been involved in several major power projects in India and overseas in which they have acted for and advised foreign and domestic power companies and state electricity boards on IPPs, Co-generation projects, Solar, Wind Power Projects and Nuclear Power Projects.

The Firm also advises leading corporates in the Engineering sector in relation to their business engagements, establishment of facilities, joint venture initiatives, protection of IPR, manufacture and supply of their products in India and Overseas, and on regulatory requirements / legal documentation. The Firm has also advised on other infrastructure projects such as oil and gas, mining, ports, pipelines, special economic zones (SEZs), airports, and telecommunications.

The Firm has been recipient of the 2016 Offshore Excellence Award as a Recognised Leader in Energy Projects – India and recognized as a Notable Law Firm for Energy and Natural Resources by Asia Law Profiles 2018.

The Firm has been the recipient of AI Magazines 2017 Global Excellence Awards as the Leading Real Estate Adviser of the Year – India. The Firm is ranked as a Recommended Law Firm for Construction & Real Estate, and as a Notable Law Firm for Projects and Infrastructure by Asia Law Profiles, 2018.

Taxation: There is a large practice in corporate, direct and indirect tax.