Ironbridge Legal (previously Blackwattle Legal) is a boutique litigation and insolvency firm with a strong track record in large-scale contentious administration and liquidation proceedings, leveraging strong relationships with Big 4 consultancies and other law firms. The team is led by Trevor Withane, who is a dedicated litigator who has great experience practicing in the UK as well as Australia, and works with insolvency practitioners, lenders and administrators on a variety of complex matters. The firm is based in Sydney.

‘The key selling point of the firm is its principal, Trevor Withane. The firm being a smaller boutique, every matter has his personal attention and expertise. Clients are generally drawn to the firm by Trevor’s experience and talents.‘

‘Trevor really goes that extra mile for you, and ensures your best outcome is his highest priority.‘

‘Brilliant access to firm, always get through to the right person, always available.‘

‘The clear standout is Trevor Withane, his extensive experience both here and internationally gives him a deep understanding of both the commercial and the litigious aspects of insolvency and litigation.‘

‘Trevor Withane is an absolutely outstanding lawyer. He provides excellent counsel on complex and sensitive matters.‘

‘It is a dynamic firm – quick to take phone calls, pivot with new information and get the job done.‘

Firms to watch
Ironbridge Legal (previously Blackwattle Legal) is a boutique commercial litigation and insolvency practice with a focus on high-end disputes. Trevor Withane, a former UK barrister, established the firm in 2019 and leads the team, with expertise in representing liquidators and directors.

Ironbridge Legal, formerly Blackwattle Legal, is a premium, boutique commercial litigation, insolvency and bankruptcy law firm based in Sydney, Australia. We have deep expertise in our two key areas of law, supporting both domestic and international clients and referral firms with high profile, strategically important and complex matters.

We approach our role and the outcomes we deliver with a genuine commitment to excellence. Our clients come to us for our expertise and high levels of client focus and care. Ironbridge Legal is a truly specialist law firm clients can trust for their disputes and insolvency matters. We pride ourselves on always achieving great results for our clients.

“Trevor Withane [of Ironbridge Legal] represented one of the main parties in the litigation [of which I was mediator]. He was patient, experienced and extremely skilful in helping bring the mediation to a successful conclusion. The mediation lasted for over three days and it required legal practitioners with special skill and abilities. Mr Withane exhibited these to a high degree.” The Honourable Anthony Whealy QC, mediator and former NSW Supreme Court of Appeal judge

The Ironbridge Legal team are recognised leading experts in resolving commercial legal disputes, especially those which are complex, high stakes or large scale. We do this by stepping into our clients’ shoes and applying our deep experience and skill to each and every dispute. We will leave no stone unturned. This is our commitment.

“Trevor Withane acted for us in a complex dispute, which involved an arbitration in Singapore and recognition of the arbitral award in Australia. His advice and input enabled us to achieve a very favourable result. If you need a sensible and tough lawyer for commercial litigation, then you should try Trevor.” Jinhee Lee, Managing Director, Hyundai (Australia)

Our expertise straddles both contentious insolvency disputes, and restructuring. Our team has acted for directors, corporates and insolvency practitioners in some of Australia’s high-profile insolvency matters.

“It’s always a pleasure working with Trevor Withane and the team at [Ironbridge Legal]. They helped me achieve an excellent result in a corporate insolvency matter. Nothing is ever too hard. I’m always responded to promptly, courteously & with solutions to my problem. I couldn’t recommend them more highly.” Phil Robinson, Director, Deloitte. 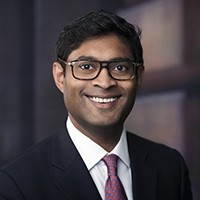 What do you see as the main points that differentiate Ironbridge Legal from your competitors?

When I launched Ironbridge Legal, I was clear about what I wanted to build – a truly specialist, focused and intellectually rigorous commercial litigation and insolvency law practice, supporting domestic and international clients in complex and challenging matters.

Our proposition stands out in the market, and our team is eager to deliver a different approach to litigation and insolvency law. Whilst many smaller firms support an industry or specific client type or try to be all things to all people, we instead focus on our technical legal and strategic expertise, backed by a commitment to service quality.

What claims are you seeing on the rise in Australia?

We have seen an increase in the number of fraud claims being investigated and pursued. Increased instances of fraud typically follow global catastrophes, such as the GFC. COVID-19 has had a similar effect. Additionally, expanded remote working and use of cloud-based technology to conduct business leaves companies vulnerable to fraud. Fraud matters are delicate and effective crisis-management is paramount to preserve evidence and avoid tipping off potential fraudsters who might attempt to put assets beyond the reach of the putative claimant. Victims of fraud should consider the possibility of obtaining asset freezing orders and search orders – which Australian courts are willing to grant.

Similarly, we are noticing an increase in claims made by investors seeking to exit underperforming investments.  These claims are often for misleading and deceptive conduct in the pre-investment material provided by the company (including in ASX announcements), on which the investor alleges it relied in making the investment.

In disputes generally, we have noticed a trend towards arbitration as the jurisdiction to resolve commercial disputes in Australia and internationally, most substantially in construction matters.

What is the Australian Court’s attitude to supporting foreign and arbitral proceedings?

In insolvency proceedings, a letter of request from a court of another jurisdiction may mean that an Australian court is required to act ‘in aid of’ or ‘auxiliary to’ the overseas court. Recently, this has allowed for joint insolvency proceedings to be held with a court of another jurisdiction (see Kelly, in the Matter of Halifax Investment Services Pty Ltd (in liq) (No 5) [2019] FCA 1341).

Australian courts also have, and regularly exercise, the power to grant orders in support of both domestic and international arbitral proceedings – for example by issuing anti-suit injunctions. Australian courts demonstrate an increasingly receptive attitude to recognising and enforcing arbitral awards from overseas institutions.

What are the trends in insolvency and restructuring in Australia?

The rapid introduction of regulation to combat tsunami of insolvencies due to the effects of the COVID-19 pandemic has ensured low levels of corporate insolvencies. However, we consider that these low insolvency levels reflect policy, not the economic reality of a company’s true financial state.

The first COVID-19 lockdowns in 2020 resulted in Australia’s first recession in 30 years. Economic growth did recover in 2021, but never returned to pre-pandemic levels.  We are yet to be given a proper insight into the effects of the nationwide 2021 lockdowns on GDP, and its effect on corporate Australia.

Formal insolvency appointments are likely to remain low whilst the Australian Tax Office continues its lenient approach to repayment schemes and enforcement action. However, as limitations on statutory demands ease and government wage subsidies end, many companies will begin to feel the pressure from creditors more acutely.  We expect to see an increasing number of insolvencies in the months and years to come.

This trend was evident following the GFC-triggered economic downturn of 2008. Despite the economic decline in 2008 and 2009, the appointment of liquidators was relatively low. Shortly thereafter, in the economic recovery period of 2012 to 2014, we saw a greatly elevated number of insolvency appointments.

What are the limits of Model Law recognition in Australia?

The UNCITRAL Model Law has been operative in Australia since the commencement of the Cross-Border Insolvency Act 2008 (Cth). There are three ways the recognition of the Model Law in Australian proceedings may be impeded. If an oversees insolvency matter is not considered to be a ‘foreign proceeding’ by the court, then it will not be recognisable in Australia under the Model Law. Similarly, if a person is not defined as a ‘foreign representative’ under the Model Law they are not able to obtain orders from an Australian court in relation to a foreign insolvency proceeding.  In cross border insolvencies an issue may also arise in defining the Centre of Main Interest (COMI). As recently illustrated in the NSW Supreme Court, the Model Law will not be recognised where the COMI is found to be outside a Model Law state (Re Hydrodec Group Plc [2021] NSWSC 755).

Voluntary administration is Australia’s primary business rescue regime. The process of voluntary administration is temporary and has three potential outcomes. A deed of company arrangement (DOCA) may be agreed between a company and its creditors. This is a compromise which is flexible, and designed to promote the ultimate survival of the business. Alternatively, the administrator may, with or without restructuring, return this business to the directors and it will continue operating. Finally, in a situation where creditors resolve a company be wound up, the business will be placed into liquidation.

Unlike the Chapter 11 approach in the United States where the directors remain in control of the company, in Australia when a company is placed into voluntary administration, the administrator takes over the reins (often with the continued support of the management). Many companies use the voluntary administration regime to restructure their way out of debt.

Ironbridge Legal has extensive experience assisting clients through each of these outcomes. We never adopt a cookie-cutter approach to legal advice, and this reflects the flexibility of Australia’s voluntary administration framework. We apply our commercial and legal expertise to provide a unique and strategy-based approach to each client.

15th March 2022 Blackwattle Legal is rapidly expanding with the addition of four new team members.  Most recently, it has significantly bolstered its capacity and capability with the hire of Special Counsel, Donna Boyce and Associate, Sarah Mooney.

15th March 2022 Blackwattle Legal is pleased to announce that it has received global recognition as a leading Australian law firm, having been ranked in The Legal 500 Asia Pacific: Australia, 2022 for its two practice areas: Restructuring and Insolvency and Dispute Resolution: Litigation.

15th March 2022 For some time, controversy has surrounded the question as to whether unsecured creditors of an insolvent company can utilise set-off under s 553C of the Corporations Act 2001 (Cth) (Act) against unfair preference claims. In the recent decision of Morton as Liquidator of MJ Woodman Electrical Contractors Pty Ltd v Metal Manufacturers Pty Limited [2021] FCAFC 228 (MJ Woodman), the court made it clear that the recipient of an unfair preference cannot set-off its unsecured debt against the preference claim.

15th March 2022 In Walton v ACN 004 410 833 Limited (formerly Arrium Limited) (in liquidation) [2022] HCA 3, the High Court extended the purpose for which, and incidentally parties by whom, public examinations may be used. This decision will be welcomed by shareholders, litigation funders and class action promoters, who may be able to conduct detailed investigations of directors, officers and other third parties connected to failed companies before starting litigation.