‘The KPMG team has a wide range of knowledge in M&A, Corporate law and commercial law. Their reachability is excellent always.’

‘The KPMG team were able to navigate the transaction very smoothly. They had a good grasp of both commercial and legal points and were very effective in negotiating.’

‘The corporate finance team at KPMG Finland showed great sector knowledge about the particular vertical we were transacting in. The team were pragmatic during negotiation of transaction documents that allowed a swift resolution of the transactions whilst ensuring key terms remained favourable for the client.’

‘Kai Soini is very capable in his sector. Knows a lot of commercial transactions.‘

‘Our cases have been handled with great professionalism.’

‘They have managed to build up a good relationship with us, also on a personal level.’

KPMG Finland’s gender balance was 54/46 female/male (January 2022) and the distribution has remained the same for several years. In January 2022, KPMG had 41 employees with non-Finnish citizenship (26 nationalities). There are around 3 % of employees who are not native Finnish speakers. Within KPMG Finland we evaluate annually the state of Inclusion and Diversity throughout employee surveys, statistics analysis and review of people related processes. Based on the evaluation we choose focus areas that we want to emphasize on in order to improve and promote inclusion and diversity within our organization and work community. During 2020-2021 we have set up an Inclusion & Diversity-steering group, created internal I&D-pages and started our strategic I&D-work for FY22. The strategic focus areas for the year 2022-2023 are; equal opportunities, we strive to increase the culture of inclusion, the diversity of the work community, and the psychological safety of our people.

Priorities and actions to be taken in years 2022-2023 are supporting and enhancing inclusion with integrating diversity perspectives into personnel processes and investing to internal communication in Finnish and English. Also equal opportunities for career development such as development of family-friendly practices in connection with the reform of the Family Leave Act., raising awareness and understanding in leadership and interaction, career development support and anonymous recruitment pilot will be the focus areas.

CLIENT: Cloudia Oy
COMPANY/FIRM: KPMG Oy Ab
TESTIMONIAL: KPMG Finland advised the shareholders of Cloudia Oy in an international auction sale of the company to Norwegian Mercell Holding ASA, as a result of which Cloudia became part of the Mercell group. Cloudia is the clear market leader in the source-to-contract market for public sector procurement in Finland, with more than 250,000 users and 1.1 million customer contracts on its platform. The company serves more than 500 public and private organizations, including 95 of Finland’s 100 largest municipalities and 10 of the largest cities.

KPMG Finland acted as both the financial and legal advisor to the shareholders of Cloudia. In addition to assisting in the bidding and negotiation processes, KPMG Finland also drafted the deal documentation and coordinated the due diligence from the sell side.

KPMG Finland acted as the sole legal advisor to the shareholders of Admescope from the very beginning of the transaction process all the way to the closing. KPMG Finland i.a. advised in reviewing the confidentiality agreements, coordinating the due diligence process as well as drafted and negotiated the deal documentation.

KPMG acted as the legal advisor for Rapal Oy and its shareholders in the sale of 100% of the shares in Rapal Oy to Norwegian publicly listed company Ørn Software Holding AS. KPMG assisted the sellers during an extensive due diligence review, which included legal, financial and tax review, advised Rapal Oy’s shareholders throughout deal negotiations and drafting of the transaction documentation, including, inter alia, the share purchase agreement, and finalized the deal by ensuring efficient closing.

CLIENT: A1 Asunnot TL Oy
COMPANY/FIRM: KPMG Oy Ab
TESTIMONIAL: KPMG assisted client as a plaintiff in an issue related to the exchange of a contract-based security. The demand is a right to exchange the security to another type of security also based on the contract. The action is based on non-contractual principles, in particular the principle of loyalty, which cases are quite limited in Finnish case law. The complaint and the precautionary measure where handled by the District Court of Päijät-Häme. The District Court confirmed the precautionary measure on 23rd March 2020 and accepted the complaint in its entirety by judgement on 29th May 2020. The respondent appealed to the Court of Appeal of Eastern Finland rejected the appeal. The Supreme Court did not grant leave to appeal. Responsible for the engagement is Veli Suortamo.

CLIENT: Lujatalo Oy
COMPANY/FIRM: KPMG Oy Ab
TESTIMONIAL: Lujatalo Oy is one of the Luja companies, which is one of Finland’s largest construction groups. Lujatalo is both a residential and commercial builder, specializing in renovation and energy-efficient construction. Lujatalo Oy also has comprehensive services for project and real estate development.

KPMG’s Legal team assisted the client in the purchase of 100% of shares of NyCon Oy Ab, a Finnish construction company. KPMG performed a legal, financial and tax due diligence review on the target company, negotiated the transaction and drafted the sale and purchase agreement. Following closing of the deal, KPMG’s Legal team is responsible for the subsequent merger process regarding the new subsidiary.

To support the preparation of the Finnish national IPR strategy, this report provided a background study on the current state of IPR and its use, as well as on future challenges and key needs for change. The study is divided into the following sub-objectives: 1) IPR competence and companies; 2) The current state of education and the operating conditions of the administration; 3) the operation of the IPR court and market court fees; 4) Utilization of intellectual property rights in universities and research institutes; 5) The national economic significance and determination of the value of industrial property rights; 6) Challenges to change the IPR system from the perspective of data management and copyright infrastructure; 7) Legislative development needs. 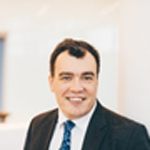 What do you see as the main points that differentiate KPMG Law Finland from your competitors?

Is technology changing the way you interact with your clients, and the services you can provide them?

KPMG Law Finland arranged together with Nordic sister practices 23.3.2022 a Nordic Summit for General Counsels with the theme “The New Era of the Legal” which focused on Legal Operations Transformation Services with Technology focus. KPMG Law Finland has wide resources to provide Tech Solutions for the Client with Finnish KPMG Lighthouse Team focusing on Data, AI & Emerging Technologies, together with KPMG Law Finland’s own Legal Tech Team. For example, to the interaction with the Global Clients KPMG has “Digital Gateway for KPMG Law” and for the local Clients “KPMG Move”.

E-Sign, Teams-meetings, Document Automation etc. are everyday examples, where Legal services are sold, engagements are carried out and finalized for all Clients despite the size of each engagement in an effective and modern way.

REIT & Real Estate Fund Sector specializing in Finnish Land Funds have not been able – de facto – to acquire capital stocks of Real Estate Companies, and in that structure to agree land rental agreements and exits commercially viable way. Due to different reasons also owners of REIT-Ltd:s have increasingly been willing to sell only shares.

KPMG Law Finland has together with KPMG Tax opened up this lock up -situation by acquiring a landmark ruling from Supreme Administrative Court of Mutual REIT Ltd:s that only own land (SAC 2020:15) where after KPMG Law Finland has innovated, structured and assisted next to all of Finnish Real Estate Sector Clients to implement Land Funds and solving complex Real Estate Law, Corporate Law, Property Law, and Regulatory challenges.

The Clients largely benefit from KPMG Law’s multidisciplinary approach that combine technology approach and our proactive way and innovative culture where we interact with the Clients before they even are aware of their Legal or Regulatory needs.

Strategic direction of KPMG Law Finland is in line with Global KPMG Law’s short- and long-term strategy and vision which is communicated to each Client Sectors and our Lawyers as well as Advisors in accordance with the relevance.

In three years’ time KPMG Law Finland will benefit from the growth of KPMG Law Global and especially Nordic Legal Practices, which increase our both inbound and outbound volume, plus further expand our Legal capabilities for the benefit of the Clients. Megatrends in regulatory environment provide huge business possibilities for KPMG Law, especially when Tech-solutions are combined.