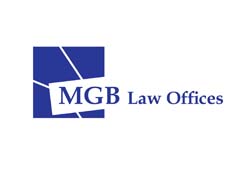 MGB Law Offices has been actively involved in drafting auction rules in the renewables sector, in order for the Azerbaijani government to attract foreign investments. The firm is also active in corporate, M&A, debt recovery and bankruptcy, mediation and commercial disputes and intellectual property matters. Ismail Askerov is the key name.

Firm overview: MGB Law Office is a leading full-service commercial law firm and one the first ‘pioneers’ to Azerbaijani legal market. Over period of 25 years, MGB’s lawyers have developed an extensive legal expertise and excellent level of skills in almost all fields of Azerbaijani commercial/ business law. Specifically, MGB’s team has accumulated good practical experience based on an in-depth understanding of the Azerbaijani legal system, local business environment and the expectations of foreign investors. MGB has achieved this as a result of the personal commitment and dedication of its highly experienced and qualified personnel.

The firm’s activity in Azerbaijan is known to a wide cross-section of the government and business community, making the firm an integral part of the business scene in the Caspian region. The main focus of the firm is to provide comprehensive legal support for foreign investors.

MGB’s corporate team is well placed to assist with establishing local companies, conducting legal due diligence investigations in relation to corporate acquisitions and disposals, providing comprehensive legal support to cross-border transactions with Azerbaijani element and group reorganizations, including applications for the approval of transactions by anti-monopoly government agencies in Azerbaijan.

The firm’s highly experienced energy and finance lawyers also conducted comprehensive due diligence works of companies in conventional and non-conventional energy sectors. Such works also extended to financing projects of major solar and wind power plants by multinational financial institutions. Remarkably MGB has been recently assigned to work on drafting auction rules for alternative sources of energy in order to hold and attract foreign investments to such sector by Azerbaijani government.

The team also has a strong track record in cooperating with international law firms on energy and financing projects of strategic importance for Azerbaijan.

In addition to undertaking non-contentious work, a significant portion of the workload involves representing clients in tax, construction and employment matters.

The firm has also a strong litigation team headed by Anar Janmammadov representing interests of various foreign companies on the complex commercial, tax and property related disputes in local courts. The lawyers of MGB are also members of the Collegium of Advocates of Azerbaijan, which provide them with privilege to represent its clients before local judges of all hierarchies.

Elsewhere, the firm is well known for its work on structured transactions involving immovable and movable assets as well as securing obligations to foreign lenders. Its broad industry-specific expertise spans telecoms, media, consumer goods, transport and pharmaceuticals, among other sectors.