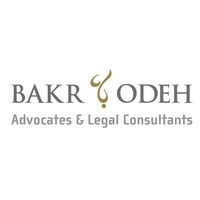 The firm: Bakr & Odeh is among the oldest law firms in Jordan, having been established in 1952. Since its early inception, Bakr & Odeh has proven itself to be the law firm of choice for numerous leading local and international companies, banks and governmental and non-governmental institutions. The firm is a full service Jordanian law firm headquartered in Amman. The firm has two partners, four senior associates in addition to eight associates. The firm’s dedicated group of attorneys is one of the most respected and experienced in Jordan.

Areas of practice: The work undertaken by the firm is diverse, covering all aspects of corporate and commercial law, including banking, project finance, project development, construction, investment, securities, insurance, telecommunications, aviation, concessions in addition to environmental, regulatory, labor, administrative, and constitutional matters. Litigation and arbitration feature heavily within the firm’s repertoire of unique expertise. Bakr and Odeh offers a premier local and international arbitration practice demonstrating particular expertise, whereby the firm prides itself in being the only local Jordanian law firm that is instructed by foreign clients in relation to international arbitrations taking place in foreign jurisdictions, examples of such include recent representation of a group of companies in Dubai in major disputes before the Dubai courts and international arbitral tribunals.

Dispute Resolution: Examples of the Firm’s recent and on-going dispute resolution work include: