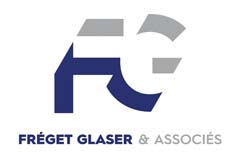 Fréget Glaser & Associés was founded in early 2021 after Emmanuel Glaser left Veil Jourde  to join Fréget & Associés. Competition law star Olivier Fréget  and Glaser have created a prominent alliance of high-level economic law, competition law and public law expertise. Glaser is highly regarded for his excellent regulatory expertise and co-heads the public law practice alongside Sandrine Perrotet who joined the firm alongside Glaser. The team is particularly well regarded for its strong knowledge of the media, energy and transport sectors where it assists leading players in the field in dealing with their most strategic issues, often involving major industry reforms and regulatory disputes. It recently completed significant work in those areas, notably challenging regulated tariffs issues before courts. The practice is also in charge of significant matters on behalf of regulated judicial professions.

The team at competition law boutique Fréget Glaser & Associés offers a comprehensive range of expertise to national and multinational corporates, particularly in the TMT, energy and life sciences sectors. Matters range from anti-competitive regulations and abuse of dominance and cartels, to merger controls, breach of antitrust commitments, and appearances before the European Commission and the French Competition Authority. The group is led by Olivier Fréget and Liliana Eskenazi, who both recently advised Google on a major ad tech case where the competition authority issued the tech giant a settlement decision combined with extensive commitments. Associates Antoine Labaeye and Elsa Thauvin provide key support.

Fréget Glaser & Associés has now a well-established high-end practice in the field of competition and regulation, with a litigation dominant.

The firm’s vision (competition on the merits) is to be on the side of businesses aiming to grow based on their merits (innovation, challenge of incumbents, particularly in infrastructure industries). The FGA team is representing key national and international businesses operating in France (particularly in the TMT, energy and life-sciences sectors – Iliad, TotalEnergies, Groupe Canal Plus, Novartis, Janssen-Cilag, Bayer) and is also advising Google on some of its cases before the French Competition Authority.

We believe that our key differentiator with respect to other law firms, especially those driven by their corporate department, is the ability to propose complex litigation strategies fitting with the client’s overall business strategy. The legal strategies we strive to propose encompass any type of competition law work, from cartels to abuse of dominance, to challenging anti-competitive regulations and offer expertise at both national and EU level.