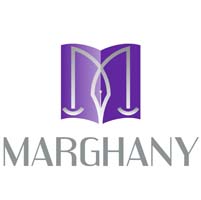 A client says ‘the best quality about the Marghany Advocates team is their ability to understand technology’. The firm’s commercial, corporate and M&A department regularly handles the day-to-day matters of multinational companies including agency and distribution agreements as well as offshore business. Amir Marghany who is described as ‘always understanding and accommodating’ is the key contact.

‘The best quality about the Marghany team is their ability to understand technology. They are not a typical law firm that you need to spare hours explaining what you do to them and how that impacts the nature and structure of the business. They then manage to take what you do and put it in ink in the proper language that protects you and your interests.’

‘I deal directly with Amir. Amir is the type of person who treats you as a partner. Except he doesn’t work in your company. I was never ashamed to ask anything from him even asking for invoices delays and he was always the understanding and accommodating one when it makes sense of course.’

The clients from Marghany Advocates‘ labour department are frequently located in the hospitality, transportation, entertainment, fintech, as well as oil and gas sectors. Led by managing partner Amir Marghany, the team is involved in matters such as employment agreements and contracts, drafting policies, and representing clients in disputes. Hend El Hakim is also a key contact.

The arbitration practice at Marghany Advocates frequently represents corporations of domestic and international nature in cases before the International Chamber of Commerce. Clients stem from sectors such as hospitality, transportation, entertainment, finTech, as well as oil and gas. Amir Marghany leads the team.

Marghany Advocates  represents clients from sectors such as hospitality, transportation, entertainment, finTech, and oil and gas in litigation cases. The firm handles local matters as well as cross-border disputes. Amir Marghany is the key contact.

Marghany Advocates is an Egyptian legal practice serving corporate clients on the various aspects of the Egyptian business law. We are proudly listed as a recommended firm in the prestigious The Legal 500.

Our practice is engaged in general corporate practice with an emphasis on telecommunications, technology, administrative and corporate. We also are engaged, among other practice areas, in securities law, dispute resolution, intellectual property, M&A and natural resources. We have been a key player in numerous “firsts” in the Egyptian market and have advised on the most complex of legal issues.

Our philosophy is to provide our clients with solutions to their most complex legal issues and not merely advice. Our experience and understanding of business and our commitment to be there for our clients are but an integral part of who we are.

So, whether you are looking at setting up a business in Egypt, resolving a dispute or simply contemplating the implications of appointing an agent, we shall be your one stop shop.

Background: Marghany Advocates was established in 1987 by Professor Dr Mohamed Marghany one of the most renowned professors of public law in the Arab world. Professor Marghany taught law since 1968 in Egypt, Morocco and France. His expertise, as a scholar, was called upon in many countries around the world as he was the first to write the Arabic principles of the Moroccan administrative law and was the author of the first Palestinian constitution as well as the new constitutions of Yemen and the Kingdom of Bahrain. Professor Marghany’s legal practice was not less successful by any means and is considered to be one of the top administrative law practices in Egypt.
In 2007, Marghany Advocates was formed as the extension of Professor Marghany’s practice catering to international corporate clients. As of 2015 Marghany Advocates has been charged with managing the existing practice of Professor Dr Marghany.

Since its inception in 2007, Marghany Advocates has been and continues to be recognized in the prestigious The Legal 500 list in six areas of practice and since 2015, the firm is also constantly recognized in the International Financial Law Review (IFLR) both guides are independently arbitrated.

Areas of expertise: Members of Marghany Advocates enjoy a very strong background and hands-on experience in a wide diversity of areas which include, without limitation:

Telecommunications and information technology: We take special pride in our telecommunication practice currently headed by Amir Marghany who, throughout his career, gained the confidence of many key players in the sector. We have advised and represented a number of telecommunication service providers (operators, ISPs, VARs, VAS providers, data and financial clearinghouses) in regulatory and inter-operator issues; those include licensing, interconnection agreements and relating disputes, end-user disputes, content sharing. We also represent a number of contractors operating in the field of establishing telecom networks’ infrastructure.

Capital markets and offerings: Our clients include some of the largest stock brokerage firms in Egypt whom we assist in carrying out their businesses on issues including regulatory compliance and dispute resolution.

We have also carried out a number of public offerings (Initial and Secondary), including global depository arrangements as well as private placement arrangements.

Competition law: An area of practice that is relatively new to the Egyptian market introduced only in 2005 with the promulgation of Egypt’s first law on the Protection of Competition and Prevention of Monopolistic Practices. Our competition law practice has been one of the leaders in this area as we have advised a number of clients in various sectors including industrial companies, contractors, suppliers and traders.

We are active in all aspects of competition law including litigation, representing clients in negotiations with the regulator, merger control compliance, developing compliance manuals and strategies and conducting anti-trust audits.

Corporate law and business establishment: We provide advice and diversified services in the corporate law domain and advise clients on aspects pertaining to the rights and obligations relating to their shareholding in Egyptian companies, corporate restructuring, and tax optimization as well as setting up the road maps for complying with corporate governance requirements.

We assist our clients in setting up business entities in Egypt with a specific attention to their intended business field so as to provide them with the optimum solution. We are experienced in setting up companies operating in regulated sectors such as insurance, banking and e-signature certification.
Our services also include assisting in listing and delisting stocks amending by-laws and implementing employee stock option plans.

Mergers, acquisitions and joint ventures: One of the most dynamic aspects of today’s legal practice; we take pride in the number, complexity and quality of deals we have achieved for our clients in this respect. Our recent landmark deals include advising on the Egyptian law side of a multi jurisdiction, cross-border sale of equity in the Arab World’s largest media group. We have also advised on a first of a kind three party shareholders’ agreement in light of the recent investment by one of the most progressive glass industry groups from Turkey in Egypt’s largest float glass project. In 2016, Marghany acted for Alstom Holdings in the largest equity sale of the year in which Alstom sold its power generation business to GE.

Construction and real estate: Our dedication to covering all the needs of our clients has resulted in our recent cooperation with one of Egypt’s most renowned construction management and claims offices. We now possess the edge of legal and technical expertise, which together would guarantee the maximum benefit for our clients in all phases of their projects. Our clients include some of Egypt’s largest real estate development groups, hotel chains, agricultural developers, construction companies and resorts.

Government and regulatory relations: A key requirement to all investors in Egypt is to be able to navigate and deal with various government agencies for numerous reasons. We have developed and maintained some excellent relations with various government bodies and regulators which include, without limitation, the National Telecommunication Regulatory Agency, the Industrial Development Authority, the Egyptian Competition Authority, the Egyptian Financial Services Authority, and the General Authority for Free Zones and Investment as well as others.

After the January 25th Revolution we have been very active in settling a number of key disputes between investors and the Egyptian Council of Ministers.

Oil, gas and natural resources: Our practice advises a number of players in the energy sector including upstream and downstream oil & gas operations. In our capacity as legal advisors for the concession holders, we have helped structure and implement the first two concessions ever to be granted for the exploration and exploitation of precious metals in Egypt.

Copyright, arts and entertainment: Our practice is at the heart of the arts and entertainment business. Our clients include Egypt’s largest media group whom we advise on all aspects of their business spanning from Egypt’s first privately owned radio stations, cinema production and distribution companies and several publishing houses.