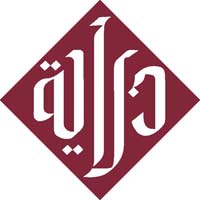 Derayah LLPC – Saudilegal remains a market leader in commercial disputes with strength in depth in litigating on bankruptcy proceedings. The team handles government contract claims, banking disputes and insurance matters. Amr Kadi in Jeddah (who is dual qualified as a judge) excels in sukuk litigation, whilst practice head Andreas Haberbeck is noted for his expertise in Saudi law. Other key names include Hamam Kadi who has experience appearing in Saudi courts for large corporates. The petrochemicals and powers plant sectors remain a key area of activity.

‘Andreas Haberbeck has acted as an expert witness on Saudi Arabian law in a leading case in the English Courts. He gave evidence at the trial and was outstandingly good, both in his advice as the case proceeded, and in the manner and content of his evidence at trial.’

‘Andreas Haberbeck is an expert in explaining Saudi legal issues to those unfamiliar with the jurisdiction. Andreas provides excellent expert reports for use before the Courts of England & Wales.’

‘Amr Kadi is an excellent advocate before the Saudi Courts and institutions and achieves great results.’

‘Derayah is always confident and tough to solve complex cases, based on their robust knowledge of Saudi Arabian cases and their experience for a long period of time.’

‘Andreas Haberbeck and Hamam Kady always give quick feedback to my questions. Their legal advice is very clear for clients who are from foreign countries and is always to the point.’

‘A slick, commercial operation – able to respond promptly to all areas of law – including specialist area relating to fatal accident damages.’

‘Andreas Haberbeck was superb. He communicated clearly, efficiently and liaised with his colleagues in other departments to deliver prompt, concise and effective advice.’

Derayah LLPC – Saudilegal handles a mix of transactions for international and Saudi blue-chip companies; it is also noted for its experience in handling high-value sukuk issuances for the financing of energy and infrastructure projects. Practice head Asad Abedi and Andreas Haberbeck

are the key names.

‘Good lawyering combined with a commercial approach to the issues which helps the commercial principals iron out issues. Ali Abedi is a very capable counsel able to synthesise complex issues for his clients.’

Derayah LLPC – Saudilegal is active across the petrochemicals and energy industry with strength in large-scale project financing mandates. Led by Jeddah-based Ali Abedi

, the team is the first choice of Saudi counsel for international law firms and handles cross-border joint ventures, developments, and privatisations. Dana Halwani was promoted to the partnership and is recommended for project-related litigation. Andreas Haberbeck

leads the real estate group at Derayah LLPC – Saudilegal and is noted for handling transactional work and contentious construction matters.

GC magazine’s Middle East Regional Insight report represents a deep dive into the legal and business environments of a number of the world’s most important emerging economies. As such, we are proud to have received contributions from some of the most prolific and respected external firms operating in each of the countries covered in the report, and their insights, opinions and experiences constitute a critical ground-level view of the challenges and opportunities faced by lawyers and businesses across the Middle East.