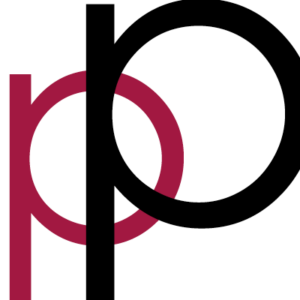 Philippe & Partners advises insurers, financial institutions, and intermediaries, including national and international names, on a wide range of issues, including data protection and wider corporate governance issues, regulatory issues, and product distribution, alongside representing in contentious proceedings and litigation. Of note is the firm’s cross-border expertise, particularly relating to Luxembourg-domiciled work, and its expertise in regulatory developments including the IDD and GDPR considerations relating to health insurance. The practice is led by Pierre Moreau , who advises on the full range of domestic and cross-border insurance issues, and Marc Gouden, who handles both advisory work and litigation for a number of insurance industry clients.

Steered by the highly experienced international arbitrator Denis Philippe, Philippe & Partners works with some of the most high-profile corporations and public sector bodies on civil and commercial contentious proceedings, including cross-border disputes and anti-trust damages actions. Marc Gouden’s broad practice encompasses international contract law and tort law disputes, most notably for clients in the insurance and energy sectors. Pierre Moreau – who divides his time between Brussels, Mons, and Luxembourg – possesses far-reaching expertise in insurance proceedings, with recent highlights including precedent-setting policy disputes taken before the Court of Appeal. In addition to heading up the firm’s Dutch-speaking desk, counsel Tom Van Noyen represents a broad array of clients – ranging from banks to trade blocs – in high-profile cases. All named lawyers are based between Brussels and Luxembourg, unless noted otherwise.

Working across multiple sites throughout the Benelux region, Philippe & Partners is ideally positioned to advise a host of pan-European operators and governing bodies on the full scope of energy sector matters, ranging from transition initiatives to high-profile criminal proceedings. Practice chair Denis Philippe is a highly experienced tort law specialist, who is routinely sought out by private and public sector entities for his deep expertise in regulatory and contentious matters. Counsel Tom Van Noyen specialises in contracts and liability litigation, working with some of the largest operators in the European market, while the Liege-based Mathieu Clément de Cléty  is a public law specialist who regularly handles energy-related cases before the Council of State and the Constitutional Court. All named lawyers are based in Brussels unless stated otherwise.

How does it work? Its foremost priority is to understand the client and what they want. In doing so, it does not see the role of a law firm as solely applying legal rules and regulations, but also as a source of practical solutions in compliance with the law and helping clients achieve their goals. Many of its staff have spent time working in companies, making it easier for them to understand how their customers ‘tick’.

Anticipating legal developments is a further stepping stone contributing to the long-term viability of any legal solution. This is why the firm is not only made up of specialist lawyers, but also maintains very close links with the academic world, with a number of lawyers teaching at major universities across Europe.

Philippe & Partners operates in several countries and all of its lawyers speak several languages. Over the years, it has developed privileged partnerships with international legal networks, who share its own humanist values. This set-up allows the firm to support client projects throughout the world. Philippe & Partners is a completely independent firm, not too large to lose human touch, and guided by top-notch professionalism. While taking care to maintain a healthy financial footing, the firm is able to offer an attractive level of fees.

What does it offer? Philippe & Partners provides an all-round high-quality service in the majority of legal fields. Its in-depth specialised knowledge of law, accompanied by attention to detail, both spiced with a creative approach and a touch of audacity, allow the firm to offer clients what it calls ‘fine art in legal practice’.

Areas of practice: Philippe & Partners is convinced that the knowing the person who asks the question is as important as knowing the answer to the question. That’s the reason why the firm focuses on different industries: insurance; banking and finance; energy; inventors; gambling; tax and estate planning