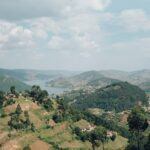 END_OF_DOCUMENT_TOKEN_TO_BE_REPLACED

Like many countries globally, the Covid-19 pandemic continued to hit Uganda, though with several lockdowns, the country continued to enjoy relatively low levels of infections and deaths. As President Yoweri Museveni enters the first year of his sixth term, the court case brought by running opponent Robert Kyagulanyi Ssentamu (the reggae musician known as Bobi Wine), is still ongoing.

It is hoped that the Tilenga Oil Refinery project, which is yet to be constructed but is set to run from Uganda to Tanzania via the Indian Ocean, will increase the country’s prosperity.

As part of reforms to make public procurement more transparent, the government adopted an Electronic Government Procurement System, a digital tool that enables government procurement and disposal processes on-line, with a goal to deploy the system to all government institutions within a three-year time frame.

There is excitement in Uganda’s growing fintec sector, as the new National Payment Act comes into force, which grants overseer powers to the Central Bank with regard to qualified payment systems. The act also makes provisions for licensing powers and consumer protection. In addition, the widespread adoption of mobile money in the country continues to increase.

With a mature legal market, despite the lockdowns, firms remain busy with an array of energy, M&A, and litigation matters. Key players in the market include MMAKS Advocates, Bowmans, ENSafrica and Shonubi, Musoke & Co Advocates.