In 2018, Spain’s economic recovery continued, with the GDP growing steadily and M&A transactions quite active. In addition, private equity and pension funds are showing an interest in the Spanish market. The country has seen what some call a revival of the real estate sector, with property developments on the rise. IP lawyers kept busy advising on the data protection policy GDPR.

However, political instability in Catalonia dampened the positive economic outlook. A unilateral independence claim sparked a constitutional crisis that was followed by a referendum deemed illegal by the Spanish government and the imprisonment of separatist movement leaders. The situation resulted in the migration of businesses – and demand for legal advice – from the region to Madrid.

Iberian heavyweights Uría Menéndez, J&A Garrigues SLP and Cuatrecasas have a leading presence in the Spanish market, followed closely by Gómez-Acebo & Pombo and Pérez-Llorca. International firms active in the market include Clifford Chance, Linklaters, Allen & Overy, Ashurst LLP and  Freshfields Bruckhaus Deringer. A new international firm in Spain is Fieldfisher, which merged with Jausas in October 2018; the latter had integrated GMQ Abogados at the beginning of the year. Other firms invested in 2018 as well: ECIJA took over two Valencian firms and opened offices in Pamplona and two Canary Islands locations; Andersen Tax & Legal opened a Sevilla office; and BROSETA Abogados incorporated Copa & Asociados Abogados.

Cortés, Abogados originated as a family law firm back in 1932. Since then Cortés, Abogados has based its practice on independence, rigour and the pursuit of professional excellence. 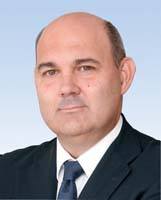