Fraud and white-collar crime in Portugal

In line with its expertise in high-profile international criminal cases, Morais Leitão, Galvão Teles, Soares da Silva & Associados represented Manuel Vicente, former vice president of Angola, in a diplomatically sensitive case involving accusations of corruption, money laundering, and forgery. In May 2018 the Lisbon Court of Appeal transferred Vicente’s case to Angola, following a request by his lawyers. The respected Rui Patrício led the team, with support from Filipa Marques Júnior; both jointly head the practice alongside Tiago Félix da Costa, who continues to represent one of the defendants in a case brought by the public prosecutor alleging crimes of corruption, money laundering, tax fraud and influence peddling involving undue benefits provided to public officials of the Republic of Congo in exchange for public tender awards and other deals. Senior associate Tiago Geraldo is another name to note.

PLMJ ‘impresses with its track record and experience’ and is valued for its ‘proximity to the client’ and ‘strategic view of matters’. It has roles in some of the most headline-grabbing ongoing cases, including representing several defendants in the so-called Operation Marquês, the largest pending criminal investigation into companies and high-profile individuals; and GE Power Controls, also as defendant, which is being accused of violating construction rules causing several deaths and injuries due to a Legionnaires’ disease outbreak. Paulo Farinha Alves and Alexandra Mota Gomes are the names to note. José Ricardo Gonçalves left the firm in February 2019. Pedro Barosa, formerly a senior associate with the firm, is now with Abreu Advogados. João Medeiros joined VDA in September 2019..

José Lobo Moutinho leads a seven-strong team at Sérvulo & Associados. Recent highlights include representing a former administrator of Metro de Lisboa accused by the public prosecutor of abuse of power for private benefit, and whose former employer is claiming €7.4m; and the General Secretariat of the Presidency of the Portuguese Republic in a criminal procedure against the former director of the Museum of the Presidency of the Republic and other defendants for alleged misuse of power and economic corruption. The group also handles regulatory offences and advises on compliance. Of counsel Teresa Serra is the other name to note.

Uría Menéndez – Proença Carvalho represents companies and individuals in some of the most high-profile economic crime cases, such as its ongoing advice to Ricardo Salgado on over 100 cases relating to the collapse of BES and in Operation Marquês. It also successfully challenged the extradition request for businessman Raúl Schmidt in the context of the so-called Operation Car Wash, an investigation into money laundering in Brazil. This case was led by Alexandre Mota Pinto. The team is co-headed by Daniel Proença de Carvalho, Francisco Proença de Carvalho and Tito Arantes Fontes, and also includes Fernando Aguilar de Carvalho, Nuno Salazar Casanova and senior associate Adriano Squilacce.

‘Readiness to set legal precedents’ and ‘willingness to protect clients' interests at any level’ characterise Cuatrecasas, which attracted several high-profile cases. It continues to represent BPP as defendant in a criminal case involving claims for damages for harmful investments, as well as along with several of its former directors in a regulatory matter before the Securities Commission and before the Bank of Portugal in a separate regulatory matter. Practice head Paulo de Sá e Cunha ‘stands out’ and is supported by senior associate Miguel Coutinho.

VDA is ‘discreet’ and ‘very much aware of the surrounding environment’. It successfully represented Brisa director Vasco de Mello, who was accused by the public prosecutor of insider trading, and it is representing REN in a criminal investigation concerning alleged collusion between the government and the client and EDP at the time of the energy sector liberalisation in the 2000s. The team has also handled cybercrime cases. Sofia Ribeiro Branco is ‘always available’ and ‘develops sound and solid winning strategies’. João Medeiros joined the firm in September 2019 from PLMJ.

Campos Ferreira, Sá Carneiro & Associados is an ‘excellent firm with excellent lawyers’. The practice is led by the respected Pedro Duro and advises high-profile clients on administrative offences, regulatory and compliance work, and regularly acts for corporate and individual clients in cases relating to economic, financial and other crimes.

Senior associate Ana Grosso Alves leads the team at Gómez-Acebo & Pombo, which has been busy with compliance programmes and a variety of criminal proceedings, as well as misdemeanour cases. 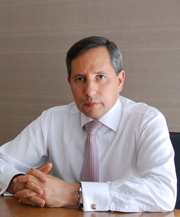 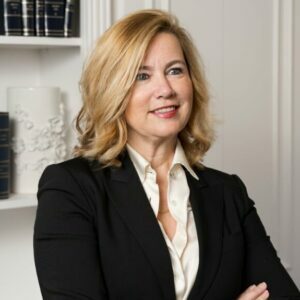