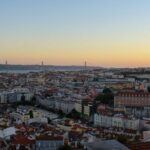 Business environment Portugal is an open economy, particularly dependent on exports and tourism. Due to this fact, the pandemic of COVID 19 had a strong impact on the country’s business climate and negatively affected, as in practically the whole world, the economic growth. It would not be wrong to say that the pandemic and its …

END_OF_DOCUMENT_TOKEN_TO_BE_REPLACED

Rooted in the worldwide Landwell network, and a correspondent law firm of PricewaterhouseCoopers, M&A is recognised in Portugal and abroad for its capacity to advise clients in a global, proficient and specialised manner, guaranteeing a full-service package. View Profile...

Abecasis, Moura Marques & Associates, Law Firm was founded in 2012 by two eminent lawyers: José Filipe Abecasis and Paulo de Moura Marques. The firm is widely recognised for its high level of specialization in public employment with a particular focus on key industry sectors. It is also recognized for the excellence, rigour and innovation …

END_OF_DOCUMENT_TOKEN_TO_BE_REPLACED

Portugal continues to bask in the light of an economic upturn, with foreign investment entering the country via corporations and funds and being funnelled primarily into the real estate sector, which is witnessing the rehabilitation of city centres, although major deals involved the sale of shopping centres and NPL portfolios. Other relevant transactions were the still pending takeover bid of China Three Gorges for EDP and EDP Renováveis, and Altice’s (through its subsidiary Meo) failed takeover attempt of the Media Capital Group (owner of television channel TVI). The Portuguese Competition Authority continued to show its teeth, for example in the shape of sectorial cartel investigations, but, overall, companies seem to be more sensitised towards implementing compliance measures. On a related note, the effect of the insolvencies of BES and Banif continued to be felt in the legal market, especially in the form of claims and disputes. Portugal is still an attractive option for private investors big and small, and most firms are catering their tax legal services to that market, and the golden visa and the non-habitual residents schemes continue to be good measures for some. In addition to this, GDPR was another talking point.

Morais Leitão, Galvão Teles, Soares da Silva & Associados, PLMJ and VDA are the Portuguese firms that inevitably dominate the market; they don’t have exclusivity on quality, but their critical mass and their years in the game are relevant. Iberian market participants continue to be present with Garrigues Portugal, Uría Menéndez – Proença Carvalho and Gómez-Acebo & Pombo, as well as with Cuatrecasas. The last firm, however, suffered several partner losses in the last year (Miguel Esperança Pina and Rita Gouveia left to join CMS, Mafalda Ferreira Santos moved to Sérvulo & Associados, Leonor Chastre left to pursue other engagements, and Ricardo Bordalo Junqueiro moved to VDA), but didn’t take very long to start clawing back (Miguel Almada joined from Morais Leitão, Galvão Teles, Soares da Silva & Associados in December 2018). While these departures were signalled by some as a sign of doom, perhaps they are more symptomatic of an increased dynamism in the market, as lawyers more easily change their allegiances (in other lateral hires, João Torroaes Valente and João Anacoreta Correia joined Morais Leitão, Galvão Teles, Soares da Silva & Associados from Uría Menéndez – Proença Carvalho, and Pedro Melo left PLMJ for Miranda & Associados), as teams become less hierarchical and more collaborative and younger lawyers get more opportunities to spread their wings.

Moreover, it was perhaps another sign of modernisation that two name partners officially announced that they were taking a step back: Miguel Teixeira de Abreu of Abreu Advogados gave up his equity partnership in early 2019, as did José Miguel Júdice, of PLMJ, also setting his retirement for 2020.

There has been no change on the front of international firms operating in the country: Linklaters, CMS and DLA Piper ABBC continue to be the names to note.