2018 was a landmark year for Poland, as the country became the first from the former Soviet bloc to be recognised as a developed economy on the FTSE index. Indeed, in the third quarter of the year, GDP grew by 5.1%, the fastest rise in the EU, with the real estate sector seeing a particular boom. The atmosphere on the political front has been febrile, as the ruling Law and Justice party attempted to introduce judicial reforms that would have forced Supreme Court justices into early retirement. As a result of these reforms, lawyers reported a rise in the use of arbitration, following a loss of business confidence in the legal system. However, after a ruling from the European Court of Justice in October 2018, this policy was reversed.

The legal market is currently in a state of flux. State procurement rules have put pressure on fee structures, meaning government work is now less lucrative and predominantly awarded to large Polish firms, such as Soltysinski Kawecki & Szlezak and Domanski Zakrzewski Palinka. International firms such as Greenberg Traurig Grzesiak sp. k. and Clifford Chance still dominate the high-value private sector work, but firms with a smaller presence might become less profitable. These pressures are also combined with a generational shift, as law firms set up just after the fall of communism are now considering succession issues. There is a new crop of smaller, more agile firms springing up, capitalising on a need for high-quality sector-specific expertise; Maruta Wachta sp. j. and Traple Konarski Podrecki & Partners standing out for TMT-related work. Finally, in major team-move news, the managing partner of DLA Piper, Krzysztof Wiater, left to found NGL Wiater sp.k., bringing with him a team from his old firm, while in January 2019, the partnership at Kochanski Zieba & Partners split, forming new firms Kochanski & Partners and Zieba & Partners. 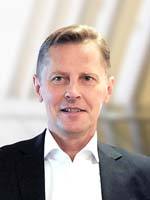 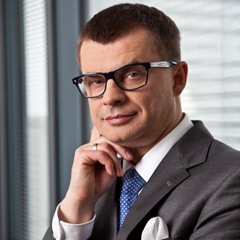