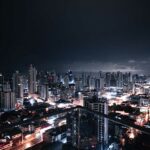 Since 2000, Panama has been among the fastest growing economies in Latin America, benefiting from the development of the Panama Canal, an international banking centre and regional financial hub, and its investment incentives regimes. Panama ranks an impressive 3.28 out of 4.00 on the World Bank Logistics Efficiency Index, which demonstrates the country’s good logistics …

END_OF_DOCUMENT_TOKEN_TO_BE_REPLACED

The effects of the Covid-19 crisis have been strongly felt in Panama, with GDP contracting by 17.9% in 2020, due to the economy’s reliance on sectors – particularly air transportation, tourism and construction – which were hard hit by the pandemic. In addition, the country introduced some of the strictest restrictions in Latin America, implementing a gender-segregated lockdown which lasted from April until September 2020.

However, the country has had one of the world’s fastest-growing economies and it is predicted by the World Bank to rebound strongly in 2021 as restrictions are lifted, large-scale mining and infrastructure projects resume, and global trade – for which Panama is a major hub, thanks to the Panama Canal – recovers.

There are still high levels of poverty and inequality in Panama, which has the second-worst income distribution in Latin America, but President Laurentino Cortizo’s government made attempts to mitigate the impact of the Covid crisis through the introduction of the Panamá Solidario programme (which has been extended until December 2021), providing food parcels and physical and digital vouchers to Panamanians affected by the pandemic.

Since the economy began gradually reopening in January 2021, law firms have seen an uptick in major financial and M&A transactions which had slowed during the lockdown. Firms have been particularly active in advising on consolidation in the international logistics and banking sectors – both key sectors in Panama due to its strategic geographical position, with connections to South and North America, the Caribbean and the Pacific Ocean – as larger companies and institutions have taken advantage of the situation to acquire smaller competitors.

Its geography and US dollar-based economy means Panama remains an attractive location for the regional headquarters of multinationals, and the Multinational Headquarters (or SEM) Regime also offers significant tax incentives. Firms have continued to advise their large international client bases on group reorganisations and compliance with Covid regulations in different jurisdictions.

In the banking and finance sphere, firms focused mainly on assisting with emergency loans and refinancings, in addition to advising international funds and multilaterals on investments into Panamanian businesses.

Firms have also continued to be active in dispute resolution. While the ordinary courts were closed for a long period in 2020, causing serious delays in the already-overworked judicial system, firms saw a continuing increase in arbitration work, with clients taking advantage of the efficiency and technological preparedness of arbitration proceedings. There was a particular increase in litigation in the intellectual property arena, however, due to the prevalence of counterfeit products being sold online during the lockdown.

Projects work has also picked up as the country opens up, with firms advising on major copper mining and infrastructure projects, most notably the expansion of Panama City’s metro system through the extension of Line 2 and the construction of Line 3.

Firms also continue to advise clients on offshore investments and trusts, as well as compliance with economic substance regulations that came into force in many offshore jurisdictions in 2019, requiring entities conducting particular types of business to demonstrate adequate economic substance in that jurisdiction. Transparency is a particular concern as the country seeks to repair the damage to its reputation caused by the Panama Papers scandal in 2016.

We have also expanded our coverage of the Panamanian market to include three new practice areas: labour, tax and aviation. In the labour sphere, firms have been highly active in assisting employers with the implications of the country’s Covid restrictions, advising on compliance with changing government regulations, as well as on the introduction of Panama’s new Law 81 on Personal Data Protection, which came into force in March 2021.

Tax practices have been busy advising on Panama’s specific tax regimes for multinationals and companies based in its free trade zones, particularly the Colón Free Zone and the Panamá Pacífico Area.

Panama is a major hub for aviation, a sector that has suffered a serious blow during the Covid-19 pandemic, but firms have remained highly active advising major airlines and leasing companies on restructurings and the refinancing of lease agreements.

Many Panamanian firms also have offices in key offshore jurisdictions, including Belize, the British Virgin Islands and the Bahamas, and several have a presence in the UK and Uruguay in order to cater to international clients in Europe and South America. Panama’s offshore work has once more been subject to intense international scrutiny with the release, shortly before publication of this year’s edition, of the Pandora Papers in September 2021. Global anxieties over the probity of the offshore market in the jurisdiction seem set to increase, with uncertain consequences for firms seeking to maintain an international client base. Where 2016’s Panama Paper revelations ultimately led to outlier firm Mossack Fonseca ceasing operations, this year the primary focus has been on market leader ALCOGAL, a firm with expertise across a broad range of practice areas. The firm issued the following statement: “The corporate service offered by Alcogal is one aspect of our broad range of legal services… In respect of those specific activities, Alcogal adheres to all legal requirements in the provision of company formation and corporate services, in full compliance with all applicable requirements in every jurisdiction in which we operate.”