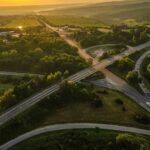 END_OF_DOCUMENT_TOKEN_TO_BE_REPLACED

2021 represented a year of historical significance for Moldova, with it celebrating its 30th year of independence from Soviet rule. The year was also marked by parliamentary elections in July, which resulted in a landslide win for the Party of Action and Solidarity (PAS). Led by Maia Sandu, it had campaigned on a platform of forging stronger ties with the EU, as well as fighting corruption (including in the judiciary). In addition, another key development was a recent change in the law on company ownership, a move which is intended to remove the veil of secrecy in relation to offshore companies.

Elsewhere, Moldova has long had a goal of reducing its dependence on Russian natural gas. The Iasi-Ungheni-Chisinau gas pipeline (which completed its construction in 2020) is seen as an opportunity to diversify its energy sources.