Bonn & Schmitt is a leading independent Luxembourg law firm with an extensive international practice. The firm’s attorneys are experienced practitioners in the Luxembourg legal environment and represent a broad spectrum of expertise that allows them to deliver unrivalled legal solutions in one of Europe’s leading financial centres. View Profile...

Following several years as a successful partner within international tax at Deloitte Luxembourg, Jean-Philippe Drescher, a qualified attorney and member of the Luxembourg Bar, established D. Law in November 2011, which became fully operational as of 1 February 2012. View Profile...

END_OF_DOCUMENT_TOKEN_TO_BE_REPLACED

Despite its small population size, Luxembourg punches above its weight as a financial centre and, aided by a business-friendly regulator and relatively favourable tax laws, it remains one of the leading worldwide fund jurisdictions.  A first mover in the implementation of European fund regulation, the country  has played a central role in opening up markets for international fund distribution and providing European retail and institutional clients access to international investments. The Grand Duchy remains the most popular jurisdiction for retail funds utilising the Undertakings for Collective Investments in Transferable Securities (UCITS) regulatory framework, a position which was enabled by the country’s decision in 1988 to implement the EU directive into national law (the first country to do so) and therefore gain first-mover advantage. The Grand Duchy has also successfully leveraged its position at the vanguard of the UCITS industry to establish itself as a prominent player on the alternative investment funds side, including private equity, venture capital, debt funds and real estate funds. The uncertainty surrounding Brexit has only enhanced the country’s position as a prominent domicile for funds, given the fact that (assuming the UK does indeed leave the EU) London will no longer be able to utilise the same passporting rights (the ability to trade freely with other EU countries with limited restrictions). Indeed in addition to transactional work, many law firms based in the country have been particularly busy advising financial services entities on the potential impact of Brexit to their business strategies. This has perhaps been most starkly realised within the insurance sector, with Luxembourg becoming a jurisdiction of choice for numerous international insurers, many of which have set up operations in Luxembourg to ensure their pan-European insurance business can continue in the aftermath of Brexit.

In light of the country’s aforementioned primacy in the funds sphere, as well as the jurisdiction’s importance in relation to the structuring of big-ticket M&A mandates, it is not surprising that in spite of its small size it hosts an inordinately large collection of major international law firms. In addition to Magic Circle leviathans, including Allen & Overy Luxembourg, Clifford Chance and Linklaters, having long-established offices in the country, it has also recently seen major global firms including Norton Rose Fulbright, CMS and most recently Ashurst chose to set up shop in the country. Arendt & Medernach and Elvinger Hoss Prussen remain the pre-eminent domestic firms in the market and rank highly across the majority of practice areas referenced in the guide. 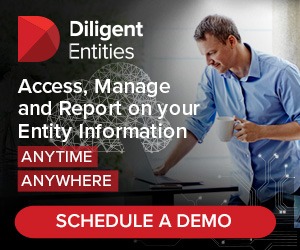 Conny Staudt takes on partnership at AKD Benelux lawyers, “back to her roots”
AKD November 16, 2020